Home › Corporate Compliance › Judge Rakoff & S.E.C.’s Policy of Settling Without Admissions of Wrongdoing – “HALLOWED BY HISTORY, BUT NOT BY REASON”

Judge Rakoff & S.E.C.’s Policy of Settling Without Admissions of Wrongdoing – “HALLOWED BY HISTORY, BUT NOT BY REASON” 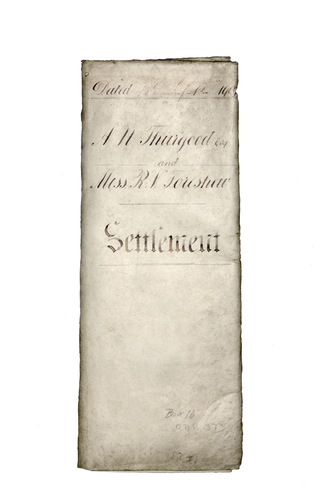 By Hayes Hunt and Jonathan Cavalier

Published in The Legal Intelligencer on March 21, 2012

“HALLOWED BY HISTORY, BUT NOT BY REASON” – Second Circuit Stays Judge Jed Rakoff’s Challenges to the S.E.C.’s Policy of Settling Without Admissions of Wrongdoing

On March 15, 2012, a panel of the Second Circuit Court of Appeals granted a stay of the district court litigation brought by the Securities Exchange Commission against Citigroup Global Markets, Inc.  The district court had rejected a settlement and consent judgment agreed upon by the parties in a decision which threatens to disrupt the S.E.C.’s longstanding policy of settling cases without demanding an admission of wrongdoing.

The decision stems from litigation filed by the S.E.C. against Citigroup alleging the company knew in early 2007 that the bottom was falling out of the market for mortgage-backed securities (in which it was heavily invested) and housed those assets within a new billion-dollar fund, which it positioned as an attractive investment option, rigorously vetted and selected by an independent investment advisor.  By doing so, Citigroup was able to offload much of its toxic mortgage-backed securities at a premium.  By the S.E.C.’s measure, Citigroup netted $160 million in profit while the investors in the fund lost $700 million.

In October 2011, the S.E.C. sued Citigroup for negligence in federal court in the Southern District of New York.  At the same time, the S.E.C. filed suit against an individual Citigroup employee, alleging that Citigroup knew that it would be difficult, if not impossible, to offload the mortgage-backed securities as part of a bundled fund if it disclosed the negative projections for those securities.  While the case against the individual included specific allegations that Citigroup acted with fraudulent intent, the S.E.C. omitted those allegations from its complaint against Citigroup.

At the same time that the S.E.C. filed suit against Citigroup, it submitted to the court a “Consent Judgment,” which was, in effect, a settlement of the S.E.C.’s negligence charges against the company.  Under the terms of the proposed settlement, Citigroup consented to an injunction prohibiting it from future violations of Sections 17(a)(2) and (3)of the Securities Act and was required to implement internal measures to prevent the kind of negligence alleged in the complaint from happening again.  Citigroup also agreed to turn over its $160 million in profit to the S.E.C. (plus $30 million in interest) and to pay a civil fine of $95 million.

The S.E.C. has followed this practice for decades with the justification that it promotes quicker settlements and allows the agency to focus its resources on preventing and correcting other fraudulent activities.  Citigroup was, of course, eager to settle the case without admitting wrongdoing, since by doing so, the company could avoid a finding of liability which would have collateral estoppel effect.  Such a finding would have made it much easier for fund investors to sue Citigroup, since Citigroup would be estopped from denying that it violated the law.

“Hallowed by History, but Not By Reason”:

Both Citigroup and the S.E.C. undoubtedly expected the settlement to be summarily approved by the Southern District of New York.  Judge Jed S. Rakoff, who has often criticized S.E.C. settlements in the past, had other ideas.  After Judge Rakoff issued an order requiring both parties to answer questions concerning the settlement in writing and held oral argument, he determined that he could not approve the settlement.

“Purely private parties can settle a case without ever agreeing on the facts, for all that is required is that a plaintiff dismiss his complaint. But when a public agency asks a court to become its partner in enforcement by imposing wide-ranging injunctive remedies on a defendant, enforced by the formidable judicial power of contempt, the court, and the public, need some knowledge of what the underlying facts are: for otherwise, the court becomes a mere handmaiden to a settlement privately negotiated on the basis of unknown facts, while the public is deprived of ever knowing the truth in a matter of obvious public importance.”

Judge Rakoff expressed serious misgivings about “the S.E.C.’s long-standing policy – hallowed by history but not by reason – of allowing defendants to enter into Consent Judgments without admitting or denying the underlying allegations.”  Because the consent judgment would permit Citigroup to settle the case without admitting wrongdoing, Judge Rakoff noted that the defrauded investors would be left without a finding that Citigroup violated the law.  Furthermore, Judge Rakoff noted that “Citigroup was able, without admitting anything, to negotiate a settlement that (a) charges it only with negligence, (b) results in a very modest penalty, (c) imposes the kind of injunctive relief that Citigroup (a recidivist) knew that the S.E.C. had not sought to enforce against any financial institution for at least the last 10 years, and (d) imposes relatively inexpensive prophylactic measures for the next three years.”  In sum, “If the allegations of the Complaint are true, this is a very good deal for Citigroup; and, even if they are untrue, it is a mild and modest cost of doing business.”

Judge Rakoff closed with some harsh words for the S.E.C., which he viewed as gaining nothing from the settlement but a “quick headline”: “But the S.E.C., of all agencies, has a duty, inherent in its statutory mission, to see that the truth emerges; and if fails to do so, this Court must not, in the name of deference or convenience, grant judicial enforcement to the agency’s contrivances.”  Consequently, Judge Rakoff found that the settlement was “neither fair, nor reasonable, nor adequate, nor in the public interest” and set a date for trial.

The Appeal and Stay:

Citigroup, now staring at a trial, and the S.E.C., faced with the rejection of its decade-old settlement practices, jointly appealed Judge Rakoff’s rejection of the settlement, petitioned for mandamus relief, and moved for a stay of the district court proceedings pending a decision on the merits.  Notably, Judge Rakoff, whom the parties had also petitioned for a stay, strongly disagreed with the parties’ position and questioned the legal basis for the parties to appeal his decision.

On March 15, 2012, a panel of the Second Circuit Court of Appeals granted the parties’ request for a stay.  In considering the request, the panel considered whether the parties had shown a likelihood of success on the merits and whether a stay would prevent irreparable harm or injure other parties or the public.  While the Second Circuit quickly found that the application for stay met the latter prongs, its decision was notable for its finding that the parties had shown a substantial likelihood of success in overturning Judge Rakoff’s decision rejecting the settlement.

Second, the panel took issue with Judge Rakoff’s determination that Citigroup should not be permitted to settle without admitting liability. Such a requirement would, according to the panel, undermine most chances for compromise.

While the panel’s decision merely stays the district court litigation while the merits appeal is pending, the panel’s discussion certainly indicates that Judge Rakoff may be ordered to approve the settlement. 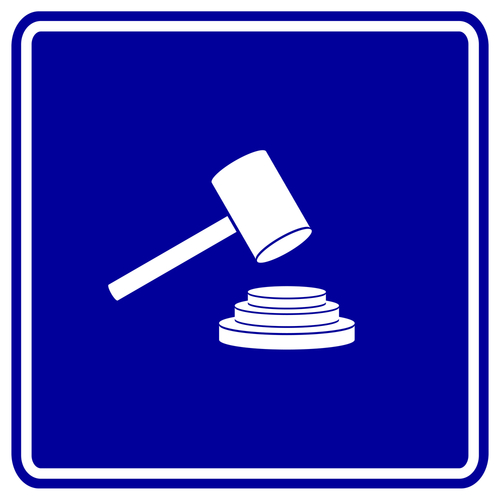 Certainly, any corporate entity that is subject to suit by a federal agency can breathe a bit easier after the Second Circuit panel’s order.  The prospect of being forced to admit wrongdoing before settlement can proceed is troubling to any company.  However, even if the Second Circuit ultimately reverses Judge Rakoff, the impact of his initial rejection of the settlement may still cause problems for companies looking to resolve agency lawsuits quickly and without collateral estoppel effect.  More courts may follow in Judge Rakoff’s footsteps in more deeply reviewing settlements, rather than simply rubber-stamping the agency’s determination.

Corporate counsel would be wise to pay careful attention to the language used in crafting settlement agreements and consent judgments with federal agencies.  If facts can be acknowledged and either admitted or denied without an admission of wrongdoing or impacting the company’s underlying liability, the chances that a federal court will approve the settlement will likely increase.

Unless and until the Second Circuit reverses on the merits, the S.E.C.’s settlement policy remains in limbo.  If the Second Circuit affirms Judge Rakoff’s decision, expect to see the S.E.C. shift from use of federal courts to administrative actions as a way of policing its territory.