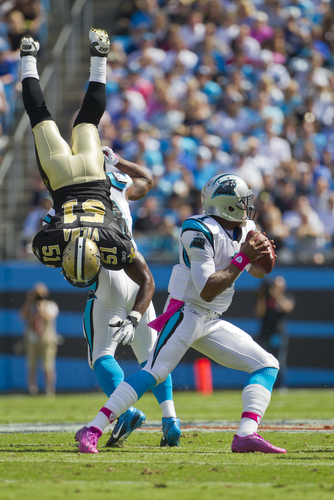 An investigation conducted by the NFL revealed that a number of defensive players and coaches from the New Orleans Saints maintained a “bounty” program.   As punishment, last week the NFL suspended Super Bowl-winning New Orleans Saints’ coach Sean Payton for a year for overseeing the bounty program.  Senator Dick Durbin of Illinois is in the process of creating a Judiciary Committee to debate making bounty systems in professional sports a Federal crime.

The Saints’ bounty program violated league rules by giving cash bonuses to players for delivering hard hits to the opposing players.  The most controversial bounties were given to players who injured key adversaries.   Players earned more cash based on the severity and effect of the injury inflicted. Thus the rewards were greater if the quarterback sustained a concussion and had to leave the game than for a hit that required a right guard to sit out a down while his ankle was taped on the sideline.

Generally, the law shields professional athletes from civil liability for their on-field conduct through the doctrine of voluntary assumption of risk.  Each play in a football game contains numerous hits that would be considered an assault and battery outside the chalk of the field’s lines.  Sometimes, players are hurt.  The injured player cannot sue the opposing player because he accepted the obvious risks inherent in playing an NFL football game, including the risk of being hit hard.

There are similar impediments to imposing criminal liability for such conduct.  Can a legal hit in a football game ever be criminal, even if it was intended to hurt an opposing player?  It is one thing to carry brass knuckles onto the field and use them to harm another player — think Burt Reynolds and the “Mean Machine” in The Longest Yard.  Such behavior is clearly outside the scope of the rules and would invite criminal liability.  On the other hand, even if a player intends to hurt another player, a legal hit is unlikely to be criminal.  But what if the player “uses his helmet as a weapon” and injures another player?  The league has tried to stop these types of hits in recent years, but are they so far outside the rules as to be considered criminal?

Even assuming you could prove that a player had a guilty mind (because he participated in a bounty system) and committed a guilty act (in that he criminally injured another player), it would still be difficult to show concurrence of the two.  How could you show that the player intended to injure another player on any particular hit without an admission of guilt?

Was the bounty agreement a conspiracy to commit an illegal act?  While some state conspiracy laws require that one of the conspirators must commit an overt act in furtherance of the agreement, in other states, a conspiracy is complete when the parties come to an agreement.

Here is how the idea of a conspiracy may operate in the bounty context.  Being paid to hurt other players is outside the rules of football and creates risks not inherent in playing the game.  As a result, any hit associated with a bounty system is a criminal battery.  Coaches and players participating in the bounty system have agreed to commit the acts and the hypothetical conspiracy is complete.

The ongoing NFL investigation has yet to determine just how and whether bounty systems are pervasive, or whether the practice was limited to the Saints.  Any player who wishes to pursue a claim for a ‘bounty-caused’ injury may be obligated to proceed with arbitration under the NFL Collective Bargaining Agreement.  As a result, neither civil claims nor criminal charges are likely to ever see the inside of a courtroom.  That is, unless Congress decides bounty hunting in football is a crime.