Computer encryption software is no longer for the technologically advanced.  This readily available software allows average computer users to transform plain text into indecipherable symbols, inaccessible to anyone without a password.  With a few clicks of a mouse, computer hard drives become impossible to break into for advanced hackers and, even, FBI cyber squads. In response to this technology, prosecutors in Colorado were recently successful in obtaining a court order requiring a woman, charged with a crime, to meet with FBI agents and unlock files found on her laptop.

Ramona Fricosu was indicted in 2010 for bank fraud connected to what authorities allege was a mortgage scam targeting people facing foreclosure.  Prosecutors claim the scheme defrauded banks of more than $900,000.  The FBI obtained a warrant and searched Fricosu’s home, recovering several computers, including a laptop containing the encrypted information.  The FBI asked Fricosu to decode the laptop, but she, understandably, refused and invoked her Fifth Amendment right against self-incrimination.

Last month, federal judge Robert Blackburn ordered Fricosu to turn over an unencrypted version of the hard drive.  Although he recognized the long-standing legal principle that the contents of one’s mind is protected by the Fifth Amendment, Blackburn ruled that requiring Fricosu to unencrypt her laptop was not a violation of her Fifth Amendment right; Blackburn decided that the government already had evidence that she was the primary user of the laptop and they would not gain any additional incriminating evidence.  In essence, the existence of the files was a “foregone conclusion” that didn’t reveal any new information prosecutors didn’t already know. If that was true, there is little vailidity to compel her to unlock the computer for the prosecutors. The 10th Circuit Court of Appeals upheld Blackburn’s decision and the case may end up in front of the U.S. Supreme Court. 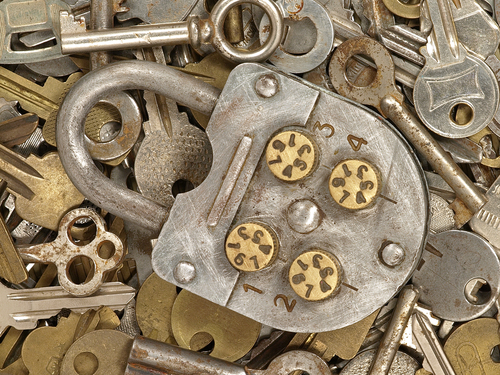 The Colorado decision comes after the 11th Circuit’s ruling that a suspect in a Florida case did not have to unlock his computer because doing so would be a violation of his Fifth Amendment right against self-incrimination.  In that case, the court determined that requiring a child-pornography suspect to unlock his computer would force him to “use the contents of his mind to incriminate himself or lead the Government to evidence that would incriminate him.” This case is distinguishable from Fricosu’s because the suspect had not yet been charged with the crime and the government did not know what, if anything, was on the suspect’s hard drive.  A decryption revealing child-pornography, possession of which is a crime in itself, would result in criminal charges against the suspect.

On the one hand, requiring defendants to unlock their computers enhances the government’s ability to prosecute crimes such as fraud, terrorism, child exploitation and drug trafficking.  Although, conceptually, it is possible to de-code an encryption, it could take years, draining valuable government resources.  To reap the benefits of decryption, without violating the Fifth Amendment, the government could offer immunity to suspects in exchange for the decryption of their computer files.  While this option was not offered to the suspect in Florida, it was offered to Fricosu.

On the other hand, this decision provides dangerous precedent.  While the Fifth Amendment isn’t triggered when the government merely compels a physical act, such as unlocking a safe-deposit box, it does protect testimony in which a person is forced to use “the contents of his mind” to state a fact.  When the government does so, they are requiring the person to assist in their own prosecution, in essence, “be a witness against himself.”

Either way, it is likely that this issue will give the Supreme Court another chance to consider how technological advances affect the rights of the accused.

About The Author
Tagged with: Encryption, Fifth Amendment, Self-Incrimination, Technology and Law
Posted in Prosecution & Defense