Lawyers and law firms are increasingly using blogs, also referred to as “blawgs” along with social media sites such as Facebook and Twitter, to build their visibility and brand.  While blogs do not have the traditional look and feel of attorney advertising, they certainly have at least some measure of commercial purpose.  After all, it is unlikely that law firms would expend resources on this new form of communication if they did not at least hope to receive some return on their investment.  Yet, blogs may not fit neatly inside regulations on attorney advertising that were written with more traditional media formats in mind.  A recent Virginia Supreme Court case helped shed some light on when and how state bar organizations can regulate the content of attorney blogs.  The case is available at Hunter v. Virginia State Bar, No. 121472, 2013 WL 749494 (Va. Feb. 28, 2013).

Attorney Horace Hunter of the law firm Hunter & Lipton maintained a non-interactive blog titled “This Week in Richmond Criminal Defense,” on which he posted discussions of numerous legal issues.  The overwhelming majority of his posts, however, were narratives about cases in which Hunter had received favorable results for his clients.  Neither the blog home page nor any individual post contained a disclaimer stating that case results depend on a variety of factors unique to each case, as required in attorney advertising by Virginia State Bar Rule of Professional Conduct 7.2.

The Virginia State Bar launched an investigation into Hunter’s blog.  Ultimately, the VSB determined that, among other things, Hunter’s blog was legal advertising because it advertised cumulative case results.  The VSB further determined that the legal advertising on the blog was inherently misleading due to its lack of disclaimers, in violation of Rules 7.1 and 7.2.

The case eventually made its way to the Virginia Supreme Court.  First, the Court determined that Hunter’s blog was commercial speech, specifically attorney advertising.  The Court noted that the blog was linked to the law firm’s website and had the same style and look as the firm’s website.  It also noted that Hunter specifically mentioned his lawyering experience and skills in nearly all of the posts and that the blog did not allow readers to post commentary and engage in discussions.  The Court acknowledged that some of the posts contained political commentary, but stated that this limited content did no more to “transform Hunter’s otherwise self-promotional blog posts into political speech than opening a presentation with a prayer or a Pledge of Allegiance would convert them into religious or political speech.”

Still, the state can regulate protected commercial speech if it has a substantial interest in doing so, the regulation directly advances that interest, and the regulation is not more extensive than necessary to serve that interest.  Here, the Court determined that the state had “a substantial government interest in protecting the public from an attorney’s self-promoting representations that could lead the public to mistakenly believe that they are guaranteed to obtain the same positive results if they were to hire Hunter.”  It then ruled that permitting a blog to discuss cumulative case results but requiring a disclaimer stating that no results are guaranteed directly advanced that interest and is no more restrictive than necessary.  The Court then remanded the case for the imposition of a disclaimer that complied with the Rules of Professional Conduct. 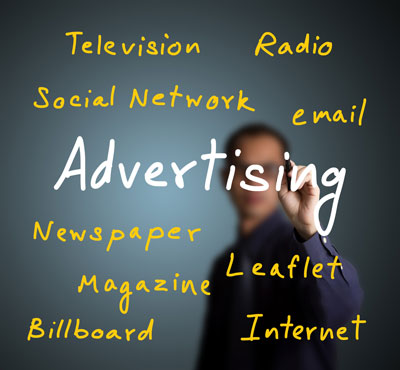 In making its decision, the Court emphasized that simply because a speech is an advertisement, references a specific product, or is economically motivated does not necessarily mean that it is commercial speech.  However, the combination of all of those factors is strong evidence that the speech is commercial.  The Court appeared to suggest that blogs that predominately contain posts on general legal topics and allow for discussion and commentary would properly be characterized as non-commercial speech even if they derivatively bring attention to a law firm or a particular attorney’s legal practice.  This may be true even if the blog is linked from a law firm’s website.  In any event, attorneys who blog should be cognizant of the line between general commentary and self-promotion.  Once a blog crosses that line, it becomes attorney advertising and is subject to regulation by the state.

Originally published in The Legal Intelligencer on June 27, 2013.