How much evidence is enough to establish the crime-fraud exception to attorney-client privilege? With its recent opinion in In re Grand Jury, Nos. 12-1697 & 12-2878 (Dec. 11, 2012), the U.S. Court of Appeals for the Third Circuit addressed the issue in the context of subpoenas issued to the former in-house counsel of a company subject to a grand jury investigation. According to the precedential opinion, a party seeking to challenge attorney-client privilege by means of the crime-fraud exception must produce evidence demonstrating a “reasonable basis to suspect” that the elements of the crime-fraud exception have occurred. This newly announced standard clarifies Third Circuit precedent and at the same time serves to highlight the split among the federal courts of appeals over how to construe the “prima facie evidence” standard for the crime-fraud exception first articulated by the U.S. Supreme Court in Clark v. United States, 289 U.S. 1 (1933).

Federal circuit courts have offered differing articulations and conclusions over what constitutes prima facie evidence. Some courts have held that the evidence proffered must be sufficient to allow the court to require the privilege holder to come forward with an explanation for the evidence offered against the privilege. (See, e.g., United States v. Boender, 649 F.3d 650, 655 (7th Cir. 2011).) Other courts, such as Grand Jury, look for evidence that, if believed by a fact-finder, would establish the elements of an imminent or ongoing crime or fraud. A third group of circuit courts requires a reasonable basis in the evidence to believe that the attorney’s services were used by the client to foster a crime or fraud. (See, e.g., In re Grand Jury Proceedings, 417 F.3d 18, 23 (1st Cir. 2005).)

In adopting the “reasonable basis” standard, the Third Circuit acknowledged that its own past pronouncements of what constitutes prima facie evidence under the crime-fraud exception had been “not particularly helpful.” In Grand Jury, however, the court took care to define the contours of the “reasonable basis” standard. “It is intended to be reasonably demanding, neither speculation nor evidence that shows only a distant likelihood is enough,” the court wrote. “At the same time, the party opposing the privilege is not required to introduce evidence sufficient to support a verdict of crime or fraud or even to show that it is more likely than not that the crime or fraud occurred.”

The factual circumstances of Grand Jury present additional items of interest for in-house counsel. In the case, ABC Corp. (a pseudonym used by the court) and two of its principals were subjects of an ongoing grand jury investigation into an alleged criminal tax scheme. As part of its investigation, the federal government served subpoenas on three former in-house attorneys of ABC Corp. Both ABC Corp. and its former employees asserted attorney-client and work-product privileges, and the government invoked the crime-fraud exception in response. The district court then ordered the former in-house counsel to comply with the subpoenas.

Although the order was not directed at ABC Corp., the company sought immediate appeal under the Perlman doctrine, a rule established in Perlman v. United States, 247 U.S. 7 (1918), which allows a privilege holder to immediately appeal an adverse disclosure order without being held in contempt first by the court when the privileged information is in the possession of a disinterested third party, who will likely disclose the information rather than be held in contempt of court. The Third Circuit found that the former in-house attorneys were indeed disinterested third parties who would likely be unwilling to be held in contempt to protect ABC Corp.’s privilege. Applying the Perlman rule, the court therefore found jurisdiction to hear ABC Corp.’s appeal.

Before both the district and appellate courts, ABC Corp. was faced with a difficult situation. Because the grand jury investigation was ongoing and much of the government’s information was necessarily submitted ex parte, ABC Corp. was forced to argue against the applicability of the crime-fraud exception without knowing what evidence the government was relying on. Indeed, the Third Circuit ultimately affirmed the district court’s order and its findings that a reasonable basis in the evidence existed to support the crime-fraud exception, but in its opinion, the appellate court provided scant detail of the government’s actual evidence. Grand Jury’s adoption of the “reasonable basis” standard therefore remains, to a large degree, an abstract piece of guidance on the crime-fraud exception.

Nevertheless, a number of other valuable lessons emerge from the Third Circuit’s analysis:

• In-house counsel does not need to be implicated in, or have knowledge of, the alleged crime/fraud in order for the crime-fraud exception to apply.

The alleged criminal scheme in Grand Jury had multiple phases. In the first phase, ABC Corp. acquired companies with large cash accounts and considerable tax liabilities, then transferred those companies to two limited liability companies. In the second phase, the limited liability companies would then conduct transactions that fraudulently eliminated the target companies’ tax liabilities, and ABC Corp.’s principals would then divert the target companies’ cash to themselves and family members. Although the putative fraud had occurred in the second phase of the scheme, the Third Circuit affirmed the district court’s ruling that the former in-house attorneys had to answer questions regarding the first (acquisition) phase because it “was an essential component of the alleged criminal scheme.” 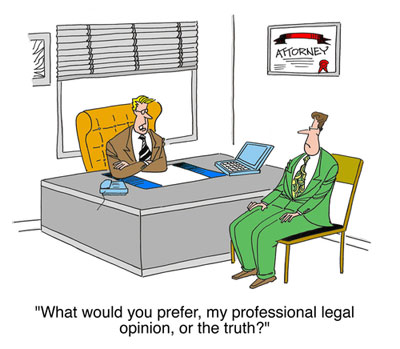 Additionally, the court explained, “for the crime-fraud exception to apply, the attorney does not have to have knowledge of the alleged criminal or fraudulent scheme. All that is necessary is that the client misuse or intend to misuse the attorney’s advice in furtherance of an improper purpose.” What matters, the court ruled, is the client’s intent, not the intent of the in-house attorney.

• For an attorney unaware of his or her client’s illegal activity, the crime-fraud exception might not overcome the work-product privilege.

It is also important to note that it was ABC Corp., and not its former attorneys, who was the party appealing in Grand Jury, and the Third Circuit addressed only the company’s attorney-client privilege claims. The court declined to address ABC Corp.’s assertions of work-product privilege, noting that “the work-product doctrine protects interests of attorneys separately from the interests of clients,” and none of the in-house counsel had appealed the district court’s order.

Interestingly though, the Third Circuit suggested that the former in-house counsel might be afforded greater protection under the circumstances than ABC Corp. would be: “We have left open the possibility that there may be circumstances in which an attorney, without knowledge of his client’s illegal activity, might properly claim and prevail in asserting a work-product privilege even when his client cannot.” The Third Circuit observed that other circuit courts had afforded just such protection “under appropriate circumstances.”

Originally published in The Legal Intelligencer on December 19, 2012.