Aaron Swartz, 26 year-old co-founder of Reddit and long-time activist against the Stop Online Piracy Act (SOPA), committed suicide.  Mr. Swartz killed himself weeks before his trial for charges related to his access to MIT’s computer network and downloading thousands of academic articles from MIT’s JSTOR system.  Swartz faced up to 20 years in prison for charges of computer fraud, wire fraud, and unlawfully obtaining information from a protected computer.  Swartz was convinced he should not be imprisoned for his actions as part of any negotiated plea agreement.  The prosecution insisted on jail time as part of any sentencing recommendation to the Court. MIT and JSTOR did not file any civil actions against Swartz and it is unclear how interested either was in criminal charges.

As details of Swartz’s suicide emerge, it has become clear that he suffered from a history of depression.  In fact, he wrote about his mental issues publicly in a November 27, 2007 blog post titled “Sick”.  Many commentators are linking Swartz’s suicide to his prosecution. Not surprisingly, Swartz’s suicide has raised an impassioned debate about prosecutorial discretion.  This issue has been the topic of debate on the New York Times blog and the Wall Street Journal Law Blog.  Many critics have argued that U.S. Attorney Carmen Ortiz’s actions were overzealous and overreaching.  Ortiz has been notoriously quoted for her comment: “Stealing is stealing whether you use a computer command or a crowbar, and whether you take documents, data or dollars.”  Swartz’ supporters have even rallied behind “Aaron’s Law,” which would reform the Computer Fraud and Abuse Act, the very law used to prosecute Swartz. Ortiz’s position has been defended by others.  For example, George Washington University Law School Professor, Orin Kerr, on his blog, “The Volokh Conspiracy stated that “the charges against Swartz were based on a fair reading of the law.”  Afterall, a Grand Jury voted and returned an indictment based on witness testimony and evidence.

Within this debate, is the issue of how prosecutors, as well as defense attorneys, should handle depression and mental illness facing the accused.  What duties do attorneys have when a client/defendant is competent to stand trial but suffers from the dangers of depression? 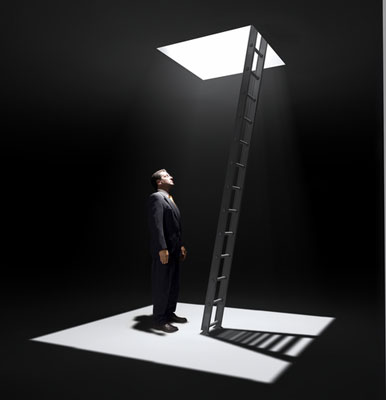 Prosecutors, on the one hand, have a duty to protect the community against crime.  A prosecutor’s duties are laid out in ABA Model Rule 3.8.  Nowhere in that Rule is a duty to analyze or address the mental state of the accused.  A case like this one, however, makes one re-think these duties.  Were the prosecutors aware of Swartz’s depression issues?   Assume the prosecutor was aware of Swartz’ 2007 blog post, did their role change?  Prosecutors do not have a duty or a professional responsibility to take the accused’s mental illness into consideration when determining how to prosecute a case.

On the other hand, what responsibilities does the defense attorney have in this situation?  According to Model Rule 1.6, “[a] lawyer shall not reveal information relating to the representation of a client unless the client gives informed consent . . . .”  Accordingly, a defense attorney does not have the right to reveal a client’s mental health information without the client’s consent.  The Rule, however, provides an exception permitting the breach of client confidentiality “to prevent reasonably certain death or substantial bodily harm.”  Does a client’s mental illness or depression rise to the level of a permissive breach of client confidentiality?  If so, to what extent can this information be disclosed to the prosecution.

Finally, if such a situation does arise, where the defense attorney releases the mental health information and the prosecution plans to take it into consideration, how should the disclosure take place for purposes of sentencing? Or, in this case, when negotiating a plea agreement.  The timing of such disclosure can be critical to both sides’ evaluation of an appropriate and fair disposition.

The charges against Swartz were dismissed after his death and JSTOR has now made several million academic articles available free of charge.