by:  Hayes Hunt and Calli Varner

On June 18, 2012, the Supreme Court came down with a fractured 5-4 decision disrupting long-standing 6th Amendment Confrontation Clause precedent as it applies to forensic evidence.  Williams v. Illinois, No. 10-8505 (June 18, 2012).

The issue before the Court arose out of a rape prosecution in Chicago.  Illinois police recovered the perpetrator’s DNA sample from the victim and sent the sample to a private lab in Maryland.  When the DNA profile report was returned, Illinois police ran it through their database in Illinois and found a match, Sandy Williams.  During Williams’ trial, the Maryland lab report was not introduced into evidence and the Maryland laboratory technicians did not testify.  Prosecutors, however, presented an expert from the Illinois state lab, who testified that it was her opinion that a DNA profile generated from Williams’ sample matched the DNA profile developed by the Maryland lab.  Williams was convicted.

Later, Williams claimed that the prosecution’s failure to offer the Maryland laboratory technician for him to cross-examine was a violation of his right to confrontation.  The Illinois Supreme Court disagreed and upheld his conviction.

The Sixth Amendment Confrontation Clause guarantees the accused the right “to be confronted with the witnesses against him.”  In 2004, the Supreme Court held in Crawford v. Washington, that the Clause prohibits prosecutors from introducing out-of-court testimonial statements without putting the declarant on the stand.  541 U.S. 36 (2004).  In 2009, in Melendez-Diaz v. Massachusetts, the Court re-affirmed that decision, holding that forensic reports that certify incriminating results are testimonial.  557 U.S. 305 (2009).  Most recently, in Bullcoming v. New Mexico, the Court made clear that when the prosecution introduces forensic reports, it must call the actual author of the report to the stand, rather than a supervisor or other surrogate witness.  564 U.S. __ (2011).

Bullcoming, however, left open the question whether prosecutors can introduce an analyst’s testimonial forensic report through a testifying expert witness.  Williams became the perfect opportunity for the Court to determine that issue.

Justice Alito, writing the plurality opinion, ruled that Williams did not have a right to confront the DNA report’s creator because the DNA report was not testimonial.  The four plurality justices reasoned that the report was not testimonial because it was the expert’s testimony, rather than the report, that was offered for the truth of the matter asserted.  The report, rather, was merely a premise on which the expert’s testimony was based.  Justice Kagan, along with three other dissenting justices, rejected the plurality’s finding that the report was not offered for the truth of the matter asserted.  As such, the dissent argued, the report was testimonial and William’s constitutional right to confrontation was violated.

So how, in practical terms, are lower courts to interpret Williams?

As Justice Thomas made clear — formal, certified forensic reports are subject to the Confrontation Clause and the accused has a constitutional right to cross-examine the report’s creator.  This means that blood alcohol, fingerprint, drug, ballistics, and related reports that are incriminating on their face will continue to be deemed testimonial and, as a result, inadmissible without permitting the accused to cross-examine their author. 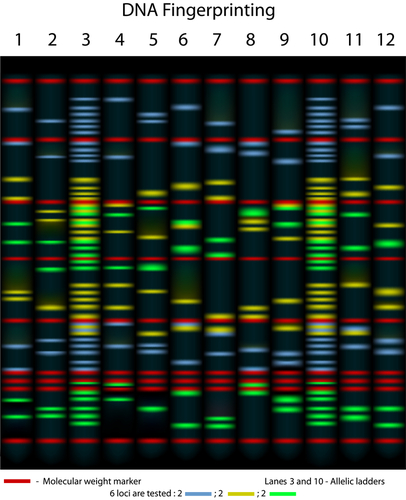 According to the four-member plurality, however, reports that are subsidiary or the internal work product leading up to the formal report are not testimonial, and therefore, not subject to the Confrontation Clause.  These reports are far enough removed and the accused does not automatically have the right to cross-examine their authors.  If that is true, what probative value do these reports have?  They are irrelevant.  The plurality, it seems, put a great deal of confidence in the credibility and reliability of forensic and scientific testing.

As Justice Kagan pointed out, errors can potentially happen during the early stages of the creation of a report.  The Confrontation Clause, Kagan wrote, is “a mechanism for catching such errors” demonstrating “the genius of an 18th-century device as applied to 21st-century evidence.”

The Court, however, did not offer this decision without warnings to prosecutors.  Justice Thomas cautioned that attempts to make forensic reports less formal in order to evade the Confrontation Clause would be in vain.  In his opinion, he established that the Clause “reaches the use of technically informal statements when used to evade the formalized process.”  By the same token, the four-member dissent, plus Thomas, made it clear to prosecutors that they cannot evade the Confrontation Clause simply by introducing testimonial evidence through the testimony of an expert and claiming it is not offered for the truth of the matter asserted.

While Supreme Court caveats are valuable, concise evidentiary guidelines and precedents are much less confrontational.