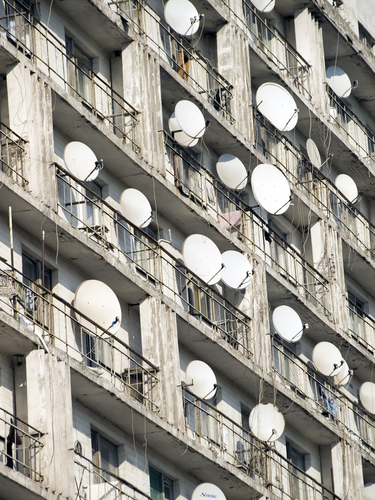 Last week, the Supreme Court heard nearly six hours of oral argument from some of the brightest legal minds in the world in deciding the constitutionality of the Patient Protection and Affordable Care Act a/k/a Obamacare.  The Court’s decision in this case will directly touch nearly all of the 310 million people in the nation. However, only 250 people had a chance to witness last week’s historic argument before the Supreme Court.

You can tune in to C-SPAN and watch a live broadcast of Congress debating healthy food initiatives.  You watch the President address the nation from the Oval Office.  Yet, the actual workings of the Supreme Court remain a mystery to the majority of the public.  For most, the only way to watch a Supreme Court oral argument is to go to Washington D.C., wait in a long line outside the courtroom, and, if you are lucky, get one of the courtroom’s 250 publicly available seats.  At lunchtime, you must leave, queue up again, and hope to reclaim your seat for the afternoon session.

The Senate Judiciary Committee recently took a step to force the Court to become more accessible, voting to advance a bill that would permit television coverage of open sessions of the Supreme Court. As a procedural safeguard, a majority of the justices may decide that allowing coverage in any particular case would violate a party’s due process rights. Known as the Cameras in the Courtroom Act, this proposed legislation has sparked debate about the need for openness in government and the respective powers of Congress and the Supreme Court.

This development is just the most recent salvo in the conflict between Congress and the Court over public access.  Congress has introduced similar legislation nearly every year since 2000, after unsuccessfully urging the Court to televise arguments in Bush v. Gore.  In response, the Court has implemented a number of pilot programs to evaluate the effect of cameras on court proceedings.  All of these programs, however, have been limited to the lower federal courts, leaving the Supreme Court untouched.

Historically, the Court has been inaccessible.  Early Justices primarily “rode circuit,” bouncing from town-to-town, holding sessions wherever they could.  When the federal government moved to Washington D.C., the Court did not receive its own building but was eventually settled into a basement room in the Capitol with barely enough seats for the lawyers, clerks, and court reporters in regular attendance.  The current 400-seat chamber must have seemed gargantuan when the Court finally moved into its own building in 1935.

Some critics argue that Congressional legislation forcing television coverage of Supreme Court arguments violates the separation of powers doctrine; contending that this legislation is an impermissible mandate telling the Court what to do.  Yet, in many areas of judicial administration, it is Congress who has been given the mandate to tell the Court what to do.  Congress decides how many Justices sit on the Court, determines the Court’s appellate jurisdiction, and stipulates many of the Court’s procedures.  Indeed, if Congress oversteps its bounds, the Court will overrule the legislation.  It is unclear, then, why so many balk at the simple proposition of requiring television coverage of oral arguments of the most independent branch of government.

The Court’s concerns over cameras in the courtroom are similarly enigmatic.  Federal Rule of Criminal Procedure 53 has explicitly banned media coverage of criminal proceedings since the rules were adopted in 1946.  Ostensibly, this ban is in effect for fear that witnesses may alter testimony or jurors modify decisions, knowing that the proceedings are being broadcast.  Still, nearly all criminal trials are open to the public.  All one has to do is walk in and take a seat.  The Supreme Court recognized when ruling in the 1981 case Chandler v. Florida that televising a criminal proceeding does not necessarily violate the defendant’s due process right to a fair trial.  Whatever the rationale underlying Rule 53, it is unlikely to apply to Supreme Court oral arguments.  Although they do sometimes involve criminal matters, they do not involve witnesses or jurors.  They involve fundamental questions of law that can have wide-ranging and long-term effects.

As a Supreme Court Justice, Elena Kagan as well as the other members of the Supreme Court will ultimately decide the propriety of the health care legistration.  At her confirmation hearing, Justice Kagan called watching Supreme Court oral arguments “an inspiring sight.”  Fortunately, she was lucky enough to get a seat.