The shooting death of 17-year-old Trayvon Martin in Orlando, Florida has focused tremendous attention on Florida’s contentious Stand Your Ground law, passed in 2005.  Since enactment, claims of justifiable homicide in Florida have more than tripled.  The Tampa Bay Times reports that the defense has been claimed in 130 cases, 70% of which involved fatalities. More than half of these cases, however, did not go to trial at least partially due to the invocation of the defense.

So why are these cases not being tried?  Under common law, a person has a “duty to retreat” prior to using deadly force on another.  This aptly named “Castle Doctrine” applies when a person is in his or her home and has the right to use deadly force without first exercising the “duty to retreat.”   Florida’s Stand Your Ground law extends the Castle Doctrine outside one’s home to include public places.  Pursuant to the law, a person in any other place has no duty to retreat and has the right to use deadly force if he or she reasonably believes it is necessary to prevent death or bodily harm or to prevent the commission of a forcible felony.  Once a person claims they felt as though the use of deadly force was necessary to protect themselves it becomes difficult to investigate and ultimately to prosecute.  This is especially true where, as is often the case, there are no third-party witnesses and, as in the Martin matter, the only witness other than the shooter is dead. 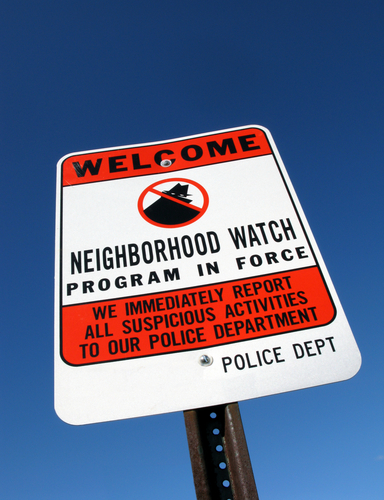 The Stand Your Ground law becomes even more controversial when the defense is claimed by members of neighborhood watch groups.  Florida is considering a bill that would require neighborhood watch groups to register, since there are no laws or regulations governing such organizations.  The purpose of these groups is to promote safety and reduce crime by reporting suspicious activity to local law enforcement.  One concern over Florida’s Stand Your Ground law is that it allows these groups to go even further — and use deadly force to prevent the commission of a forcible felony.  Opponents argue that this portion of the statute encourages vigilantism by providing a broader justifiable defense for pursuing and shooting another person.

The shooter in the Martin case, George Zimmerman, based on his conversation with 911 dispatch (listen:  2FXV_call1.wav), did not merely watch and report.  Zimmerman pursued Martin despite being requested not to do so.  In this instance, the civic principles of “watch and report” accelerated into “follow and confront.” To date, Zimmerman has not been charged with a crime.

The Martin case is still being investigated at the local level and by federal Justice Department officials.  A task force has been established by a group of Florida legislators to examine whether any changes are needed to the law or simply repeal it.  Lawmakers need to decide whether Stand Your Ground law is a necessary extension of self-defense or, rather, promotes vigilantes to kill in the name of the law.