New York Times reporters Eric Lichtblau and James Risen wrote a front-page article about Dennis Montgomery, a computer programmer, who received $20 million from the US Government for software that was supposed to thwart terrorism.  The article suggests that Mr. Montgomery’s technology may have been a hoax and that the DOJ has been obtaining protective orders to prevent disclosure.  Mr. Montgomery’s former lawyer was interviewed for the article.  His ex-counsel described Montgomery as a “con man.”  He then went on to say that “[t]he government knew the technology was bogus, but these guys got paid millions for it.”  I was curious whether Montgomery’s lawyer had, at best, a lapse in judgment and, at worst, violated his professional duties to his ex-client.

ABA Model Rule of Professional Conduct 1.6 relating to confidentiality provides that a lawyer “shall not reveal information relating to the representation of a client.”  A lawyer is obligated to maintain that confidentiality to her former clients.  Rule 1.6 (a) and 1.9.  In addition,  a lawyer shall not “use information relating to the representation to the disadvantage of the former client.” Rule 1.9 (c)(2).  There are certain circumstances where a lawyer’s continued duty may be waived or permitted such as a claim of legal malpractice or ineffective assistance of counsel.  Rule 1.6 (b)(5).  Also, a client may give her lawyer informed consent to reveal confidential information.  Rule 1.6 (a).  These are pretty obvious and basic rules of our profession.  That is why I was surprised to read such an apparent gaffe with my morning coffee.

In all likelihood, the lawyer’s opinion that his ex-client is a “con man” was formed as a result of many privileged conversations.  If the attorney tried to use these words at trial, he would be offering an opinion about his past client’s character.  Federal Rule of Evidence 404 (a)(1) and 405 (a).  Counsel is not saying that his ex-client has a reputation in the community as being a con man. The attorney offers an opinion, a negative one, that his client is a con man.  If the lawyer was asked what foundation he had for such opinion evidence, the facts would come from the attorney-client relationship.  There is no way to isolate the attorney’s opinion from the relationship.  For example, assume the attorney believes his ex-client is a con man because he watched him toss weighted dice at the Bellagio.  His opinion would then be derived from personal knowledge unassociated with his legal representation.  Arguably, counsel’s demeaning con man comment was a breach of his duty to confidentiality since he did not formulate the opinion without talking to his ex-client as part of his legal representation.  His commentary that the technology was “bogus” clearly would not be advantageous to his ex-client if anyone involved with the contracts- especially the federal government– alleges fraud.

I suppose you could apologize to your former client and explain that your front-page quote was a mistake made out of anger and frustration.  Maybe your ex-client owes you a substantial sum of money and is willing to forgive your grave error if you quit sending bills for past services rendered.  A very public and very demeaning comment about your ex-client may or may not cross the lines of legal ethics.  Regardless, there is an internet-search engine called “Google” and your potential clients use it to decide who to hire.

Do you want to be on the front-page?  Of course you do!  Your comments to the media about former clients should be, at the very least, well-reasoned and preserve confidentiality.  At worst, make sure they are neutral and comport with your duties as a lawyer.

Branding your ex-client as a criminal is professional seppuku. 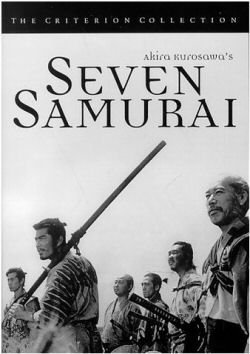 In Gotham: A History of New York City to 1898, Edwin G. Burrows and Mike Wallace explain the origin of the term “con man.”  In 1849, William Thompson started a conversation with a complete stranger and suggested that he knew him.  The stranger was embarrassed he did not remember Mr. Thompson.  Thompson asked the stranger if he could borrow the man’s watch for a night.  The embarrassed man, in an attempt to save face, gave Thompson the watch.  Thompson left with the watch.  Subsequently, the victim recognized Thompson on Broadway and had him arrested.  After hearing the story, a journalist called Thompson a “confidence-man”.  The term stuck.