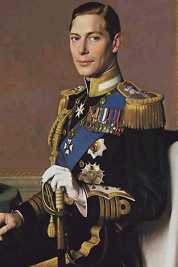 The King’s Speech just won the Academy Award for Best Picture.  People are now interested in the story about King George VI who had a speech impediment (a stutter) and his fight to overcome his stutter and lead Great Britain during World War II.  This story hits home for me because I stutter.  My father, my brother both stutter too.  No one has been able to tell us why we do it or really how we even fix it.

Although I have mostly been able to reduce my stuttering, I still stutter.  After college, I tried to get several sales jobs and was told I shouldn’t be involved in sales because of my stutter.  When I told my family and friends I was going to law school, many of them raised their eyebrows.  Most assumed I would not do trial work.

In law school, during my first mock appellate argument, I remember being exhausted and I stuttered a lot more than normal.  The lawyer serving as the mock judge started crying in the middle of my argument.  Not a good sign since appellate advoc

acy rarely evokes such emotion from the Bench.  I wondered if my argument was so poor that I brought her to tears. Turns out, she felt bad for me.  After this, I spoke to my professor about my oral argument.  He set me straight.  My professor said my stutter will be an advantage and a jury will listen more closely to me.  He explained that my stutter will help me connect with a jury.  He was right.

Like a lot of lawyers in large firms, I wanted trial experience, but the opportunities were rare.  A number of years ago, I was lucky enough to get the chance.  I tried a lengthy jury trial and have tried many since. After the trial, a group of jury members walked over to me.  I didn’t know what to expect  and was a little nervous.  One juror told me that they really respected me because they knew that I had a stutter.  They stressed that my stutter was minor but that they noticed it and that they talked about it.  The jurors said they admired my courage in being a trial lawyer.  I was surprised and a little embarrassed by the jurors’ comments.  My first thought was, I don’t remember stuttering that much.  As the jurors walked away from me, I realized that I had something that was natural and genuine.  It was an epiphany – my stutter was a great gift.

This might be a feel-good story, but what does it mean for you?  I am not suggesting that you should develop a stutter as a form of jury persuasion.  If you do anything fake or insincere the jury will see through it.  Never underestimate a jury’s power of perception.  They “see” everything.  Be yourself.  Everything about you and your personal style can be a strength.  It doesn’t mean you shouldn’t identify your weaknesses and work on them – but don’t obsess about them.  Instead, develop an unshakable strong belief in yourself.

I wouldn’t change a thing about my stutter.  It has made me tough; it has taught me how to fight through adversity.  Yet, everyone who is reading has something in their life like stuttering that they’ve had to overcome. The key is to use those experiences as strengths in a courtroom and provide the confidence to be yourself.  So if you’re like me and you’re not a silver-tongued lawyer, just know it doesn’t matter.  It does not matter one iota.

By the way, the jury did return a verdict in favor of my client in the case. At the time, it was the largest trade-secret verdict in the Commonwealth of Pennsylvania.

Dave Walton is a partner in Cozen O’Connor’s Labor & Employment Practice Group and co-chair of the firm’s E-Discovery Task Force.

If you are interested in listening to King George’s broadcast speech to the British Empire at the outbreak of war with Germany on September 3, 1939 click the link below: http://www.bbc.co.uk/archive/ww2outbreak/7918.shtml