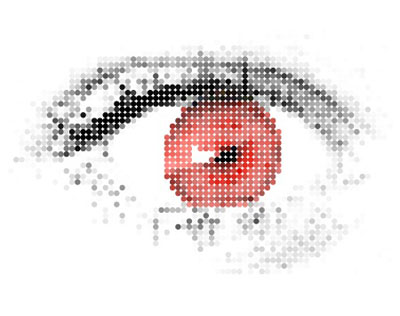 Allegheny County Court of Common Pleas Senior Judge R. Stanton Wettick Jr.’s recent ruling in Red Vision Systems v. National Real Estate Information Services, No. 14-0411 (Comm. Pls. Feb. 26, 2014), that the attorney-client privilege does not apply to corporations no longer in business has garnered significant attention, including an appeal and the filing of amicus briefing by the Association of Corporate Counsel. The ACC, which represents more than 33,000 in-house lawyers from more than 10,000 organizations, warns that allowing Wettick’s ruling to stand “would substantially inhibit the full and frank exchange of relevant information necessary for corporations to receive effective sound legal assistance.” However, Wettick’s opinion is hardly an outlier and corporate communications with counsel are subject to disclosure in many circumstances inapplicable to an individual’s relationship with his or her attorney.

The challenge to Wettick’s ruling rests principally on the argument that dissolved corporations should be treated the same as deceased individuals for purposes of the protection of confidential communications. Since the U.S. Supreme Court’s ruling in Swidler & Berlin v. United States, 524 U.S. 399 (1998), courts have continued to protect a person’s private conversations with their lawyer from disclosure after death. Corporations are even more dependent upon attorneys than individuals, particularly in light of the increasing number of regulations with which they must comply. Attorneys depend on the candor and openness of the officers of the corporations they represent and, according to the ACC, “abolishing the privilege after an entity’s death will affect its interests before its death by interfering with its ability to obtain sound legal advice and effective representation.” Corporate representatives who have fewer assurances that their communications will remain confidential are less likely to be fully candid.

However, the appellant and the ACC are likely to face significant hurdles. Courts have ofte

n subjected confidential corporate communications to disclosure in circumstances inapplicable to individuals. Nearly 30 years ago, the Supreme Court ruled in Commodity Futures Trading Commission v. Weintraub, 571 U.S. 343 (1985), that the right to assert privilege transferred from management to the trustee appointed during Chapter 7 bankruptcy proceedings. In reaching this conclusion, the court noted that the corporate attorney-client privilege is normally controlled by management and, in the context of bankruptcy, the trustee’s “duties most closely resemble those of management.” In contrast, the rights of the corporation’s previous management are “severely limited.” They consisted only of turning over the corporate assets to the trustee and providing information to the trustee and creditors.

Since the Supreme Court’s ruling in Weintraub, similar reasoning has been applied to rehabilitation and liquidation proceedings, as well as to regulatory takeovers by agencies like the Federal Deposit Insurance Corp. Each of these rulings is grounded in the generally accepted principle that present, active management controls a corporation’s attorney-client privilege and may choose to assert or waive that privilege consistent with its fiduciary duty. Past managers have little say in the matter, even if the communications at issue were made by them during their tenure at the company.

However, transferring the right to assert the privilege on behalf of the corporation may not be the same as abolishing it altogether after the corporation has dissolved. In situations where new management or a trustee decides to waive privilege, those individuals have duties to the corporation and are charged with acting in its best interest. If the corporation loses its privilege entirely following dissolution, its records and communications with counsel could become an open book for regulators, potential claimants or parties seeking information about other entities in the possession of the dissolved company. In such circumstances, the defunct corporation would be entirely unrepresented.

The principal area of disagreement among courts concerns an issue not present in Red Vision: whether a corporation that has ceased operations but has not completed the winding-up process is entitled to assert the privilege. Some courts have ruled that such entities still enjoy protection of the privilege, noting that the corporation is still being managed in some respects. Importantly, the winding up of their affairs often involves the pursuit of claims against debtors or the defense of the corporation against creditors.

Other courts, however, have held that the privilege ceases along with operations, even prior to complete dissolution. They reason that during dissolution only the “shell of the corporation” continues to exist, operating for the sole purpose of marshaling and distributing assets. Without active management operations, some courts have held that the entity “is, for all intents and purposes, dead,” as in Bagdan v. Beck, 140 F.R.D. 660, 667 (D.N.J. 1991).

Regardless of whether Wettick’s decision in Red Vision is upheld, it is important for corporate counsel to understand and communicate to management that there is no guarantee that any officer’s communications with counsel will remain confidential in perpetuity. Courts have uniformly held that the privilege belongs to the corporation, and that present management has the absolute right to assert or waive the privilege consistent with its fiduciary duty. Officers and directors are often replaced, and new management may not wish to protect every communication made by their predecessors. Informing corporate officers of this reality is yet another aspect of general counsel’s responsibility to make it clear that they represent the corporation and not its individual representatives.

Originally published in The Legal Intelligencer on May 21, 2014.