Home › Prosecution & Defense › Corporations in the Role of Criminal Defendant

Corporations in the Role of Criminal Defendant

Chances are, when you hear or read about a defendant entering a plea in a criminal case, you picture a guy in an orange jumpsuit, someone who ultimately is most likely led away in handcuffs after the plea is entered. But what happens when the criminal defendant isn’t a person but a corporation? How exactly does a corporation plead guilty — or not guilty, for that matter?

To state the obvious, it is far less common for a corporation to be subject to criminal penalties than it is for a natural person. Most corporate criminal prosecutions occur in the federal courts (in contrast, the vast majority of individual criminal cases are handled in the state systems), and even there, corporate criminal defendants are scarce. According to the U.S. Sentencing Commission, there were 84,360 federal criminal cases in which an offender received a sentence in the fiscal year 2012, and of those cases, only 187 involved a corporation or other “organizational” offender. In other words, less than 0.25 percent of all federal convictions last year involved corporate defendants.

Recent news, however, demonstrates that corporate criminal charges, when they are actually filed, can make for some big headlines. For example, on July 25, the U.S. Department of Justice announced that Halliburton had agreed to plead guilty to destruction of evidence related to the 2010 Gulf of Mexico oil spill. On the very same day, in another well-publicized case, Peter Nussbaum, general counsel for SAC Capital Advisors, entered a not guilty plea on behalf of the company in the U.S. District Court for the Southern District of New York.

We hope that in your capacity as general counsel, you will never be faced with the same situation as the Halliburton and SAC Capital legal departments recently were (undoubtedly, you hope so, too). But should the threat of a potential indictment ever cast its shadow on your walls, here are a few things that you should know: 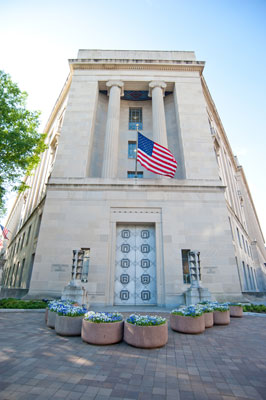 Just as with civil liability, a corporation’s criminal liability must be established through the acts or omissions of its agent or agents. Generally speaking, the government must prove two things to establish corporate liability: (1) that the corporate agent’s acts were within the scope of his or her duties, and (2) that the acts were intended, at least in part, to benefit the corporation. In its Principles of Federal Prosecution of Business Organizations, the DOJ explains it may be appropriate to charge a corporation for even minor offenses when the conduct was undertaken by a large number of employees or was condoned by the upper management. In contrast, when a corporation has a strict compliance program, it may not be appropriate to charge the corporation for the isolated act of a rogue employee. The single biggest factor in the decision to charge, the DOJ said, is “the role and conduct of management. … Management is responsible for a corporate culture in which criminal conduct is either discouraged or tacitly encouraged.”

Even after an information or indictment is filed, corporate criminal charges can sometimes be resolved without a plea agreement or trial. In particular with large companies, the DOJ has increasingly used deferred prosecution agreements (DPAs) to enforce criminal law. A DPA is effectively a criminal settlement agreement under which the corporate defendant admits some level of wrongdoing and agrees to pay fines and restitution, or develop compliance programs, or commit to specific reforms, in exchange for which the government agrees not to prosecute the corporation. One recent and somewhat notorious DPA involved HSBC, the British banking organization. Under the terms of that DPA, which was approved by a federal judge just last month, HSBC agreed to pay $1.9 billion and institute certain reforms. If HSBC complies with the DPA, the government will dismiss the criminal charges against the company in five years.

If a plea does become necessary for the corporate defendant, certain steps must be taken. First, a corporate plea may only be made by an agent duly authorized to do so. A court will require sufficient evidence that the proper authorization has been given to the proper person. One such way to establish this is a certificate from the relevant secretary of state identifying the clerk of the corporation and a certificate from that clerk identifying the stockholders and/or directors of the corporation and the relevant votes taken. As another example, in its 2012 plea agreement with the federal government, GlaxoSmithKline produced a certified copy of a board resolution authorizing the company’s guilty plea.

Additionally, if the corporation is to plead not guilty, the corporate defendant will also need to establish that the plea is free and voluntary. Thus, just as with natural people, it is essential that the governing body of a corporate defendant consult with its legal counsel and be fully apprised of the nature of the charges and their consequences.

Unlike with a natural person, however, the plea process for a corporate defendant may be done entirely through its legal counsel, so long as he or she has the proper authority. Rule 43(b)(1) of the Federal Rules of Criminal Procedure explains a corporate defendant need not be present at a plea so long as it is represented by counsel who is present. GSK entered its guilty plea through its counsel. A year later, SAC Capital entered its not guilty plea through its attorneys. The benefits to this approach are clear: It is likely to ensure a smooth and well-informed plea process.

Of course, the best way for general counsel to avoid a colloquy before a federal judge or DPA negotiations with the DOJ is to encourage your client to practice firm managerial oversight over its business. In that sense, federal prosecutors share the same philosophy as the Roman philosopher Seneca, who wrote that the man who does not forbid the crime when he is able to commands it.

Originally published in The Legal Intelligencer on August 28, 2013.