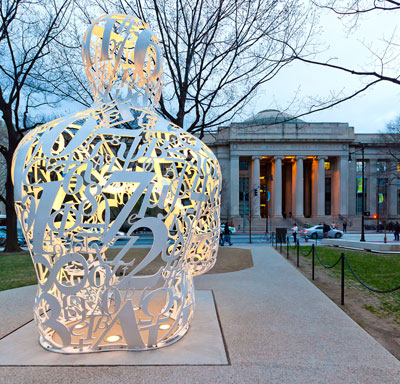 Aaron Swartz became the subject of media attention earlier this year when he committed suicide weeks before standing trial for charges related to downloading electronically-archived materials from JSTOR, which he accessed through a computer network at MIT.  Many commentators linked his suicide to prosecutorial overreaching, while others defended the Government’s actions.

In late January, 2013, after Swartz’s death, the House Committee on Oversight and Government Reform of the United States Congress announced its intention to investigate Swartz’s prosecution and review the criminal statute under which he was charged.  The Chairman of the Committee contacted Swartz’s estate’s counsel to request certain documents that were provided to Swartz during his criminal case.  These documents, however, were the subject of a Protective Order, which prohibited Swartz and his counsel from disclosing any documents or records to anyone not directly involved in the case.  The Order also identified JSTOR and MIT as victims of Swartz’s alleged crimes and required Swartz to destroy all documents at the conclusion of the criminal case.  In an effort to facilitate the Committee’s investigation, counsel for Swartz’s estate moved to modify the Order.  JSTOR and MIT then intervened.

Swartz’s estate, the government, JSTOR, and MIT all agreed to modify the Protective Order to facilitate production to the Committee.  The parties agreed to produce most discovery materials, with certain exceptions, and to redact personal information contained within those materials.  Where the parties disagreed, however, was whether the names of the law enforcement personnel and JSTOR and MIT employees involved in the investigation and prosecution should be released.

In deciding the issue, the Court turned to Federal Rule of Criminal Procedure 16(d), which requires a court to weigh and balance a number of factors, including, among others, changes in circumstances, a party’s reliance on the order during production, and privacy interests of third parties.

Pressing for the release of the identifying information, Swartz’s estate emphasized the public’s interest in Swartz’s prosecution and argued that the public had a right to access this information.  After all, it was Swartz’s life goal to increase public access to information.

The government, JSTOR, and MIT, on the other hand, argued that their private interests and safety were at stake.  These parties cited threats and harassing incidents to which their employees were subjected.  For example, the government and MIT both suffered intrusions into their respective computer networks and employees of both entities received threatening communications.  Most concerning was a report received by MIT that a gunman was on its campus with the intent to harm MIT’s president in retaliation for MIT’s involvement in Swartz’s case.  Although, thankfully, the report was fake, it forced the university’s campus into lock-down.

Weighing these interests, as required by Rule 16(d), the Court concluded that, “[t]he estate’s interest in disclosing the identity of individuals named in the production, as it relates to enhancing the public’s understanding of the investigation and prosecution of Mr. Swartz, is substantially outweighed by the interest of the government and the victims in shielding their employees from potential retaliation.”  The court’s full Memorandum and Order can be found here.