On November 5th  in Edenbridge, U.K., a 30-foot tall model of Lance Armstrong* was burned to celebrate Guy Fawkes’ failed plot to blow up the Parliament.  The giant Armstrong likeness held a Tour de France cup in one hand and a sign in the other which read “For sale, racing bike, no longer required.” Prior to this bonfire, a host of corporations paid Armstrong millions of dollars for an image not an effigy.  Those sponsors have now dropped Armstrong since a USADA investigation – which ultimately led to a lifetime ban – concluded that the cyclist took performance-enhancing drugs during his run of seven consecutive first place finishes in the Tour de France.  The endorsement deals that paid Armstrong an estimated $15 – $20 million in 2012 will pay him nearly zero in 2013.  Yet, Armstrong is likely to retain the earnings he has already made under those endorsement deals.  By thinking through how a particular celebrity’s image serves the needs of the company, companies contemplating endorsement deals can avoid the fate of the companies that put stock in Armstrong and possibly even recover funds should their celebrity endorser similarly breach the endorsement deal.

Arguably, Armstrong’s conduct provides for a cause of action for fraudulent inducement.  Companies choose particular celebrities to endorse particular products because the celebrity projects an image, idea, or concept that the company wants consumers to associate with a product.  In Armstrong’s case, the idea was hard work, perseverance, and overcoming the 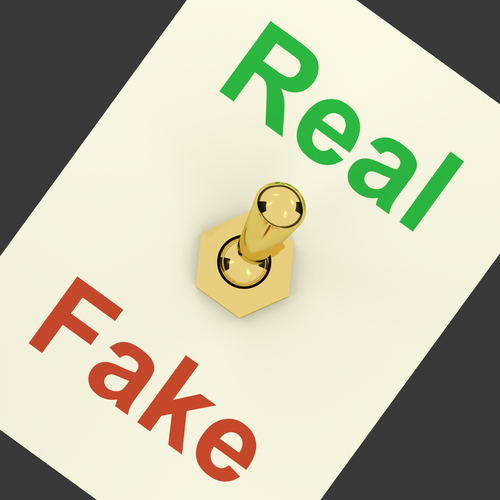 odds.  Using performance-enhancing drugs is the polar opposite of those ideas and his purchased reputation.  Furthermore, if the allegations are true, Armstrong was aware of his doping at the time he signed his endorsement deals.  Therefore, in a sense, Armstrong induced these companies to buy in to a concept of himself that he knew was false.  Nonetheless, it is unlikely that any endorsement contract was explicitly based upon the ideals Armstrong’s public image conveyed.  In addition, the litigation involved would certainly be expensive, and companies normally are hesitant to expose the exact terms of their endorsement deals through public exposure in the courts.  As a result, the companies involved are unlikely to undertake litigation against Armstrong for fraudulent inducement.

So, short of a fraudulent inducement action, how can companies protect themselves when entering into endorsement deals?  One way companies try to protect themselves is through “morals clauses.”  These clauses, which are commonplace in today’s endorsement deals, allow the company to terminate the contract if the celebrity engages in conduct that is criminal or morally reprehensible.  For example, a contract may provide for termination if the endorser engages in conduct that “will bring him into public hatred, public disrepute, contempt, scorn, or ridicule.”  Nevertheless, these clauses are too often ineffective or even counter productive when it comes to protecting the investment of the company involved in the endorsement deal.

One problem with these clauses – as evident from the above example – is that they are often extremely broad and vague.  At their broadest, they may simply provide for termination if the celebrity engages in any activity that negatively affects his or her image or brings the reputation of the company into disrepute.  While companies may believe that such broad clauses will give 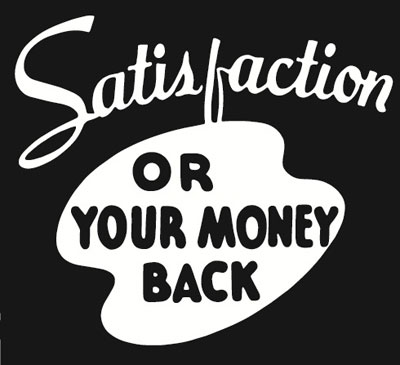 them an “easy out,” they can actually lead to additional litigation.  For example, Pittsburgh Steelers running back Rashard Mendenhall recently sued Hansebrands, Inc. after the clothing company terminated its contract with Mendenhall over controversial comments he made on Twitter.  Mendenhall argued that the morals clause was subject to the implied covenant of good faith and fair dealing, and therefore, his termination was proper only if his comments actually brought him into public disrepute and not just because the company disagreed with those comments.  Similar cases essentially turn whether termination was proper into an intense factual inquiry that can cost a company dearly in litigation expenses.

Second, morals clauses normally provide for contract termination, but do not provide for the recovery of any monies already paid in the deal.  Consequently, a company is simply left to cut its losses when a personality violates any morals clause.  To some extent, these two things go hand in hand.  Athletes understandably would be hesitant to sign a contract that requires them to pay back money upon the violation of an ill-defined morals clause that largely leaves termination to the discretion of the company.

What can companies do to make sure their morals clauses provide better protection?  For one, the clauses can be more specific.  As previously mentioned, companies sign particular celebrities to endorse particular brands because the celebrity represents an idea, concept, or image that the company wants to be associated with the product.  Companies should think about what that concept is and write moral clauses that address particular conduct that could tarnish that image or concept.  For example, while a doping scandal directly erodes Armstrong’s image of hard work, perseverance, and overcoming the odds, other moral issues – an extramarital affair, for example – may not.

Second, the clauses could provide for liquidated damages in the case of a breach.  This would allow the company to “claw back” a portion of the monies they have already paid to the celebrity should the celebrity mar the company’s reputation through prohibited conduct.  To be acceptable to both sides, however, these damages provisions would likely need to decrease over time.  This would allow certain payments under the contract to vest while simultaneously shifting a portion of the risk of prohibited conduct from the company to the celebrity.

Finally, the contract should provide for a mechanism to determine when the celebrity has actually breached the clause.  In the case of criminal conduct, this determination could require a criminal conviction.  However, a company may be reluctant to await a protracted criminal proceeding before being permitted to terminate a contract.  Therefore, other mechanisms, such as arbitration, can speed up the process and keep the details of the contract and celebrity’s alleged conduct confidential.  If the endorsement deal is based upon the personality’s general image with the public, the contract can provide for termination if the personality’s Q score, which measures public perception, drops below a certain number.  This would provide a readily available and objective means to determine when a celebrity has come into public disrepute.  Specifically defined conduct combined with these specific procedures may make the celebrity less hesitant to accept liquidated damages provisions.

Of course, this approach has its own problems and is not a universal solution.  In fact, Armstrong’s case is a perfect example of the limitations of demanding such provisions. 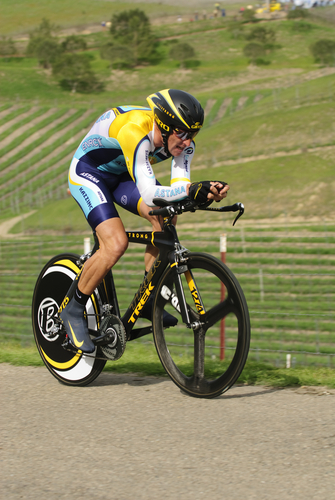 According to the allegations, Armstrong had been doping – and knew he had been doping – nearly the entire time during his rise to fame.  He would be a fool to sign an endorsement contract that would require him to pay back substantial sums of money should those facts ever come to light.  Furthermore, as a premier athlete, Armstrong would have the bargaining power simply to walk away.  This bargaining power would have given him substantial leverage in dictating the terms of the deal.  You can imagine an over exuberant Chief of Marketing wanting to attach the company’s brand to a premier athlete known worldwide.  There are very few athletes, like Armstrong, who have universal marketing appeal.  Therefore, it is doubtful that any company ever would have strong-armed him into a deal with a no cheating provision, let alone one with a no cheating provision and a claw back provision.

Nonetheless, most celebrity endorsement deals are not negotiated with athletes of Armstrong’s caliber and most athletes don’t cheat.  Mid-level athletes and entertainers may be willing to accept morals clauses with claw back provisions if they require that they simply refrain from engaging in specifically defined conduct that they do not believe they will engage in anyway.  On the other hand, they probably will not accept a morals clause that forbids conduct in which they know they have already engaged.  But do you really want to trust the image of your brand to a personality who won’t commit to obeying the law or playing by the rules?  If so, you at least need to be aware of – and willing to accept – the risks involved.

You don’t want an asterisk next to your company’s name.*

Originally published in The Legal Intelligencer on 11/21/12.