Fired for “Liking” – Social Media Use at Your Job 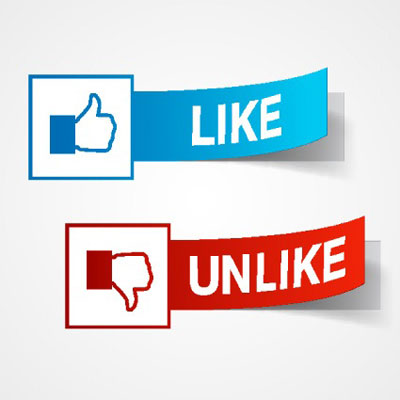 Giving your opinion on politics or complaining about the boss to your friends via Facebook is so commonplace and rampant that few people probably stop to think about the consequences of their posting. Less thought is given to the magnitude of a Facebook user “liking” something — a photo, a status update, a fan page, etc. Yet, these actions can have very significant consequences for the person behind such activity. The legal realm is still adapting to the changing landscape of social media with somewhat incongruous legal results, depending on who your employer is and, in some cases, exactly what your Facebook or other social media activity was.

For instance, Facebook use and freedom of speech are at the center of a highly publicized legal battle in Virginia. In that case, titled Bland v. Roberts, government employees of the local sheriff were fired when it was discovered that they openly supported the sheriff’s election opponent, in part because one of the employees “liked” the opponent’s Facebook page. The trial court ruled that “liking” something on Facebook is not protected free speech under the First Amendment. The case is now on appeal, and Facebook has filed an amicus brief, arguing that “liking” a political candidate is a form of verbal expression and/or symbolic expression similar to other constitutionally symbolic expressions such as wearing an armband or even burning the American flag. According to these groups, such activity should be protected as a substantive statement of political support. The fact that the decision ruling against protecting the activity as free speech has been so highly publicized illustrates the broad concern how the First Amendment will interact with our social media use.

What happens, though, when the same kind of speech is made by an employee at a private

company? The First Amendment does not apply to private employers because the Constitution only protects free speech from government interference. Thus, employees can be fired or punished for almost anything they do. In most circumstances, private companies employ workers at will, meaning the companies’ management decisions cannot be challenged unless those decisions discriminate against an employee because of the employee’s age, gender or other protected characteristic. Therefore, a political statement, if made by an employee of a private company, could well be grounds for termination.

There is a litany of examples of employees being fired for something they said or did on Facebook. The practice is so rampant, in fact, that there are blogs and websites dedicated to such occurrences, such as The Facebook Fired. The Facebook Fired documents such follies as a

replacement NFL referee who was “allegedly” fired from his refereeing job after NFL officials found photos of him on Facebook wearing New Orleans Saints clothing. Apparently, the NFL was concerned the referee might be potentially biased against other teams.  What is remarkable is that the referee didn’t self-report his self-interest which may have allowed him to slowly work a different NFL game.

In another instance, an emergency room doctor in Rhode Island was fired from the hospital she worked for after posting private information about a patient on Facebook. Although she did not include the patient’s name, there was enough information for others in the community to identify the patient. In addition to being fired, the doctor was reprimanded and fined by the state medical board for violating HIPAA (the Health Insurance Portability and Accountability Act). Despite obvious fiduciary duties as part of a lawyer’s job to his or her client, lawyers are doing the same remarkably dumb thing on social media. Think about it, these people are being employed by patients and clients and then using social media to disclose private and privileged information. (We’ll save the subject of using social media to violate professional duties and privilege for another time).

The apparent need for people to publish every thought or experience on social media will continue to impact privacy rights and employment concerns for users and the people that meet those users on any given day.