Originally published in the Champion, November, 2011

The Client Has Been Accused of What Crime?

It is essential to know what hap­pened both from the client’s perspective and from the government’s point of view. Before the attorney starts, she should explain the potential defenses to the charged c•ime such as identification, alibi, self-defense, suppression of evidence, unintentional conduct, a mistake, and the credibility of government wit­nesses. The attorney wants the client fil­tering and aware of the defenses as he relates the facts to her.

Counsel must take her time and obtain all the facts from the client. She should exhaust every fact about every witness, the physical scene, computer data, phone calls, documents, a time­line of pertinent events, and any poten­tial bias of the complainant or the cooperating witnesses. If the charges involve multiple counts; it is best to deal first with lead charges (i.e., con­spiracy to do X). The government believes X is true because of a cooperat­ing witness or the circumstances of the client’s arrest. The attorney should use this language throughout the interview: “the government thinks” and “the police are saying.” The government is unlikely to change that point of view, at least for now.

Who Is the Client?

Counsel needs to create an in­depth profile of the client. The attor­ney will be funneling her client’s life history into defense theories, investiga­tion, and if need be, mitigation for a negotiated plea agreement or sentenc­ing. She must understand the client’s educational background, employment history, and relationship with his fam­ily. Furthermore, defense counsel must know the client’s medical (physical and psychological) history, and any drug or alcohol problems and treatment. Counsel should find out whether the client is involved with any charities, religious organizations, or the local community. In addition, counsel should take detailed notes about the client’s physical characteristics includ­ing height, weight, age, and race. She should note any identifying scars, tat­toos, or unique physical attributes that may relate to an identification defense. Does the client have any prior arrests and convictions? If none, counsel should ask about character witnesses that know the client well and make sure these people have good communi­ty credentials. Good character witness­es include business leaders, the PTA president at the school the client’s chil­dren attend, and members of the cler­gy. If the defense attorney does not know her client, the ju•y and judge will not know him. 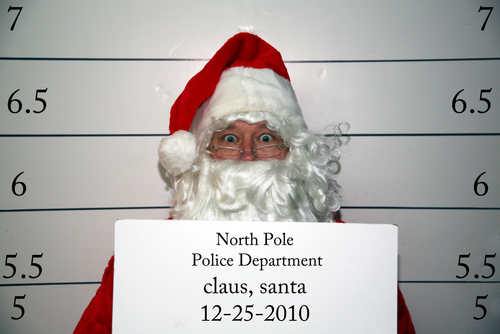 Was the client arrested at the time of the charged offense or was an arrest warrant issued? What items did police officers seize and how? Were other peo­ple present who may be witnesses to the arrest or search and seizure? The lawyer should explain the basics of suppres­sion, probable cause and reasonable sus­picion, and how they relate to the exclu­sionary rule. What did the client say at the time of arrest and did he give a state­ment after his arrest (Miranda issues)? If so, defense counsel needs every fact about the circumstances of any state­ment. Was the client handcuffed? How many police officers were present? What questions did they ask that may have elicited an incriminating response from the client?

If the case clearly depends on iden­tification, the lawyer must find out whether the client knows the com­plainants, and if not, whether there was a lineup or a showup at the time of the arrest. Counsel should make sure he preserves any identification defense.

Counsel should tell the client that he may need him to wait in the parking lot at the next court date while counsel requests a lineup.

Guilty or Not Guilty?

At this point, counsel should have gained the client’s trust. Typically, coun­sel will suggest that the client plead “not guilty” as there have not been conversa­tions with the government. If the attor­ney has been meeting with people in the Attorney General’s Office, they have decided to proceed against the client and a criminal information is off the table. A grand jury has already indicted the client, so the prosecutor will be hard pressed to veto the grand jury’s deci­sion. Defense counsel should explain tohis client the importance of retaining an investigator and, if needed, a psycholo­gist or addiction-treatment counselor. Counsel should let the client know he has a dual defense strategy: one related to the alleged criminal conduct and the other to mitigation.

About The Author
Tagged with: Client Communication, Plea Agreement
Posted in Prosecution & Defense