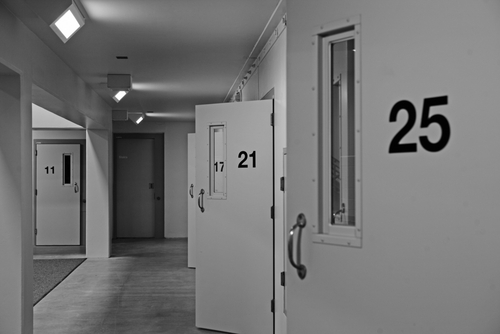 Originally published in The Champion, November, 2011

Do You Believe That I’m Innocent?

On occasion, some clients desper­ately insist that their lawyer must believe they are innocent. A tempered response goes something like this:

Your innocence is not the stan­dard. The burden of proof is beyond a reasonable doubt and it is the government’s burden.

Any verdict in your case will be “guilty” or “not guilty.” A judge or a jury cannot render a ver­dict of “innocence” or “not proven.” My ethical obligation is to be a zealous advocate for you and you alone. A rare exception to my duty will arise if you decide to testify and commit perjury, which you will not. What is right and wrong is a moral question, not an ethical one. If you are inno­cent, which you are presumed to be, we will need to prove it to the government to get your case dismissed. That proof of innocence can help in my con­versations with the prosecutor and, more importantly, create reasonable doubt if we try the case. I’m not here to judge you or the conduct of which you are accused. I’m your lawyer.

The defense attorney can use the same answer when people ask, “How can you represent someone that you know is guilty?”

Am I Going to Jail?

Am I going to jail? This is the other delicate question the defense attorney will hear at the initial client interview. If the case involves a minor criminal charge and likely to result in some sort of diversion program, counsel should go ahead and answer “no” even if the guidelines suggest a 90-day sentence. In federal court this is less likely and throwing out unmiti­gated and non-negotiated guideline numbers can be as frightening as a prognosis from Dr. Nostradamus. This judgment call depends on defense counsel’s evaluation of the client’s anxiety and familiarity with the criminal justice system. Defense counsel should let the client know it is still far too early in the process to advise him of the likelihood of a lengthy term of incarceration. There’s nothing more shocking to a client than to add up all the charges and talk about a 200-year consecutive sen­tence. An overview of concurrent and consecutive sentencing may be over­whelming and put a premature end to the interview. If the circumstances involve a clear mandatory sentence, such as a gun enhancement, then counsel should let the client know about it during the initial interview.

How Much Do You Charge?

After completing the fundamen­tals of the client interview, counsel can talk to the client about a retainer and the estimated legal fees. The lawyer should not underestimate the cost of defending the case. There is nothing more problematic to the attorneyâ€‘client relationship than the lawyer demanding more money from the client in the middle of the case because the lawyer failed to properly provide an accurate budget.

There may be pressure to sign up the client, and the lawyer wants the work. However, it is a huge profession­al mistake for the lawyer to suggest a discounted rate when the lawyer knows the case will cost more. Many times a potential client will tell the lawyer that another lawyer quoted him a much lower price for legal represen­tation. Counsel should be honest and respectfully disagree with the other lawyer’s estimate. Counsel should not demean or criticize the other lawyer, even if counsel does not have a favor­able opinion of the other lawyer. Being small and petty during the interview only serves to dissuade a potential client from hiring the lawyer. The attorney should sell his understanding of the law, advocacy skills and creative problem-solving, but should refrain from saying had things about other lawyers and business competitors. The lawyer should always take the high road because his reputation with other practitioners, judges, and prosecutors is one of his most valuable assets. The lawyer’s integrity will ultimately attract clients and allow the lawyer to give them the best possible defense.