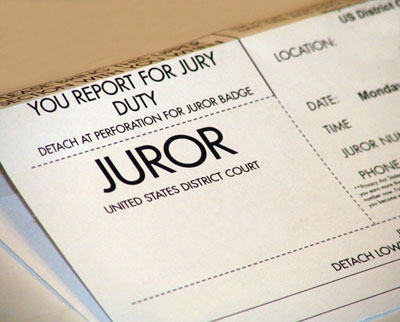 How do jurors reach their verdicts?  It’s simple: they vote for the party whose witnesses they like best.

Early in my career, I handled a criminal defense matter.  The client had been charged with burglarizing a home in an affluent Philadelphia suburb.  Among the stolen items was a credit card that had been used shortly after the burglary to buy a set of tires at a nearby gas station.  The Philadelphia Police Department’s chief handwriting expert analyzed the forged signature on the credit card receipt and concluded that it matched a sample of my client’s handwriting.

The defense?  My client claimed that on the afternoon of the burglary he had been fishing alone far from the crime scene.  He had no corroboration for his story.  My client was from South Philly with a spotty work history who couldn’t have been less like the suburban jurors if the prosecution had hand-picked him.  My client insisted on his innocence, so we went to trial.

The two handwriting didn’t actually look identical to me but I had no expert to rebut the prosecution’s star witness, who explained to the jury why the loops, slants, letter shapes and other characteristics of both samples came from the same hand.  All I could do during cross was try to point out their differences.

Having no defense available to me other than my client’s story, I put him on the stand.  I wasn’t sure that I believed him but I wasn’t confident that resting my case and arguing reasonable doubt would be enough.

The end result?  The client was acquitted.  To my surprise, the jurors liked him.  They found his mangled syntax and gruff manor credible and his straightforward answers convincing.

I learned an important lesson from that case.  Witness credibility and likeability are the key factors in almost every trial, from the simplest auto accident case to the most complex commercial dispute.  Jurors invariably will give the benefit of the doubt to the side whose witnesses they want to believe and like.

Benjamin E. Zuckerman is of counsel in Cozen O’Connor’s General Litigation Department. He concentrates his practice in the areas of commercial and general litigation.

About The Author
Posted in Trial