Privileged Communications With Outside Consultants

Penn State University recently decided to waive attorney-client privilege and cooperate in the criminal prosecutions of certain former employees. Obviously, the former employees have attempted to assert privilege to exclude potentially incriminating statements. How would it affect their claims of privilege if the university shared that confidential information with outside consultants hired during the investigation?

Like most large organizations dealing with a crisis, Penn State hired a number of consultants and public relations firms following the sexual-abuse revelations about former assistant football coach Jerry Sandusky. While independent consultants can provide valuable independent opinions, their work often requires sharing confidential communications. As companies and organizations have increasingly relied upon outside consultants, courts throughout the country have struggled to identify standards for applying the attorney-client privilege to communications between those consultants and in-house counsel. It is critical for counsel to understand these standards in order to take early action to protect communications with outside consultants.

The question of whether, and under what circumstances, the attorney-client privilege protects communications with outside consultants is particularly important given the increasing popularity of outsourcing corporate functions. Between 2012 and 2013, the U.S. market for management consulting grew 8.5 percent, reaching nearly $40 billion. IBM, traditionally known as a hardware manufacturer, now obtains about half of its revenue from business consulting and systems integration through its global business services group. Moreover, as the recent news about Penn State shows, consultants are often brought in during pivotal times to provide advice that requires access to confidential and privileged information. Maintaining the ability to keep privileged communications with those consultants is more important than ever.

Legal recognition that the scope of the attorney-client privilege must match the realities of corporate business structure began with the U.S. Supreme Court’s landmark decision in Upjohn v. United States, 449 U.S. 383 (1981). In that case, the court held that the attorney-client privilege is not limited to communications between counsel and upper management. Instead, conversations between any employees and a company’s attorney are privileged if made for the purposes of providing or obtaining legal advice. As organizations have increasingly adopted more diverse and nontraditional business structures, courts have struggled with how best to apply the principles discussed in Upjohn to these novel circumstances. Traditionally, providing privileged information to third parties, like consultants, waived the privilege. However, as consultants play a larger role in the operations and success of a business, they often require access to privileged information and provide general counsel with information necessary to make informed legal decisions for the business. 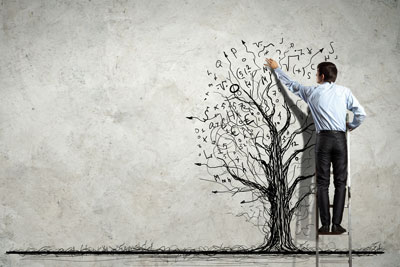 Federal courts have disagreed on how to resolve the issues raised by the increasing role of non-employees. Other courts, however, have adopted a more restrictive approach, finding that disclosure to outside consultants results in waiver of attorney-client privilege in most circumstances. Under this approach, communications are only privileged when the consultant is hired to perform a corporate function necessary in the context of actual or anticipated litigation. While no circuit court of appeals has adopted this restrictive test, it has been applied by five district courts.

The majority of courts, however, have adopted a pragmatic approach that focuses on whether the consultant was the “functional equivalent” of an employee. Under this standard, communications with consultants are privileged if, by virtue of their role, they possess or have access to confidential information necessary for the provision of legal advice. Additionally, courts applying the “functional equivalent” doctrine will focus upon the closeness of the relationship between the client and the consultant, whether the consultant was required to maintain confidentiality and, of course, whether its communications with counsel were for the purposes of providing or obtaining legal advice.

The U.S. Court of Appeals for the Eighth Circuit was the first to apply this approach, in In re Bieter, 16 F.3d 929 (8th Cir. 1994), finding that “it is inappropriate to distinguish between those on the client’s payroll and those who are instead, and for whatever reason, employed as independent contractors.” Courts favoring this broader approach argue that it is compelled by the reasoning underlying Upjohn. They urge that limiting the privilege to consultants hired for litigation purposes unreasonably burdens the ability of corporate counsel to confer with non-employees who possess essential information. Just as mid- or lower-level employees often possess information needed by corporate counsel, courts adopting the broader approach argue that independent consultants performing tasks critical to the business do as well.

Since the Eighth Circuit’s decision, the “functional equivalent” doctrine has been adopted by the Ninth, Tenth and D.C. circuits. The standard has also been applied by more than a half-dozen district courts throughout the country. In these cases, courts have protected communications between companies and a diverse group of independent contractors, including accountants, construction advisers, independent credit counselors, insurance advisers and public relations and marketing consultants.

In 2003, U.S. District Judge Stanley R. Chesler of the District of New Jersey applied the more restrictive approach in In re Bristol-Myers Squibb Securities Litigation, Civ. No. 00-1990 (D.N.J. Jun. 25, 2003), to conclude that communications with public relations and marketing consultants were not privileged because they were not hired for litigation purposes. Since then, two judges in the U.S. District Court for the Eastern District of Pennsylvania have disagreed. In In re Flonase Antitrust Litigation, 879 F. Supp. 2d 454 (E.D. Pa. 2012), U.S. District Judge Anita Brody found that sharing confidential communications with a pharmaceutical consultant did not waive the protection of the attorney-client privilege. Just last September, U.S. District Judge Mitchell S. Goldberg similarly concluded that the privilege protected the disclosure during discovery of emails between a pharmaceutical company and a marketing consultant in King Drug Co. of Florence v. Cephalon, Civ. Nos. 2:06-1797, 2:08-2141 (E.D. Pa. Sep. 11, 2013). 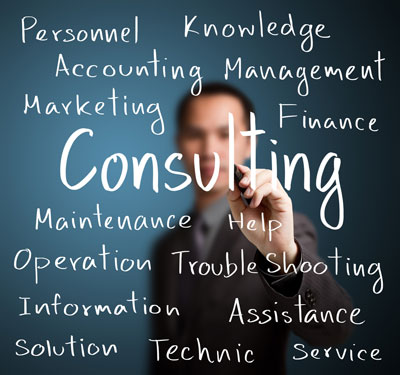 Given the disagreement among federal courts, it is critical for general counsel to know the standards being applied where the company is subject to litigation and to have a proactive role in protecting the privilege of confidential communications. These steps can include the use of confidentiality and retention agreements, limiting the disclosure of communications between the consultant and corporate counsel and defining which employees of the consulting firm are entitled to have access to confidential information. In the unfortunate event that communications with consultants become the subject of litigation, or even a criminal investigation, it is crucial that the decision to disclose those communications remains with the client. Now that you know the legal issues and current standards applied by courts, look for next month’s article, where we will provide an outline of suggested practical tips to protect your privilege.

Originally published in The Legal Intelligencer on February 19, 2014.