Home › The Bench › Judges as Board Members: New Pa. Code of Judicial Conduct

Judges as Board Members: New Pa. Code of Judicial Conduct

By Hayes Hunt and Joshua Ruby 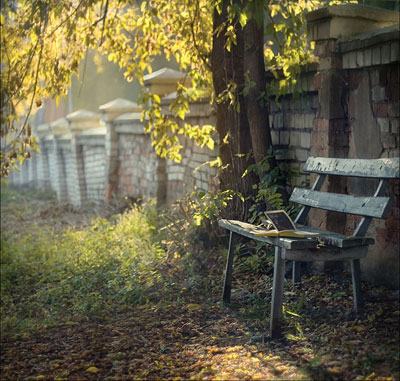 The Pennsylvania Supreme Court recently adopted a new Code of Judicial Conduct. Effective July 1, 2014, new rules will apply to the extrajudicial activities for Pennsylvania judges. Businesses and nonprofits need to accommodate these changes to ensure that their board members from the judiciary comply with the code and to avoid adverse consequences in litigation. Litigation is costly enough for the private sector and defending against motions for disqualification will only add to that bill. Even organizations without judges serving as board members need to be aware of the potential impact of charitable donations and campaign contributions on their interests in litigation under the new code.

The new code generally takes a much more restrictive view of the outside activities in which judges may permissibly engage. Major changes that in-house counsel need to know about are formerly recommended, now mandatory, restrictions on board service for both businesses and nonprofits and the formerly recommended disqualification regime that the new code makes mandatory.

First, with exceptions for closely-held family corporations and family investment vehicles, Rule 3.11 provides that “a judge shall not serve as an officer, director, manager, general partner, adviser, or employee of any business entity.” The commentary to the rule admits of some flexibility, such that the judge/board member “may complete the term of service if such may be accomplished in 12 months or less,” “so long as continuation will not interfere with the proper performance of judicial duties.”

Second, the code does not exempt nonprofit boards from this change. Rule 3.7 of the code, which generally governs judges’ civic and charitable activities, now directs that judges “shall not serve [as a board member] if it is likely that the organization will be engaged in proceedings that would ordinarily come before the judge or will be regularly engaged in adversary proceedings in any court.” Rule 3.7’s comments contain specific cautions against previously common affiliations for judges: “What may have been innocuous at one point in time may no longer be so. Cases in point are boards of hospitals and banks. Judges must constantly be vigilant to ensure that they are not involved with boards of organizations that are often before the court.”

Finally, although not specifically related to board service, the new code also departs significantly from the old code with respect to recusal. The new code’s Rule 2.11 requires, and does not merely recommend, recusal “in any proceeding in which the judge’s impartiality might reasonably be questioned.” The new code further specifies that one such circumstance arises when a party or lawyer “has made a direct or indirect contribution(s) to the judge’s campaign in an amount that would raise a reasonable concern about the fairness or impartiality of the judge’s consideration of a case.”

Effect on Organizations with a Judge on the Board

Counsel at any organization—whether for-profit or not-for-profit—with a judge presently serving on its board need to evaluate how to proceed with that judge’s presence on the board in the face of the new code.

A non-family business with a judge on its board will have to begin the process of replacing him or her. The new code forbids all such service outside closely-held family businesses and family investment vehicles. Only if the judge’s remaining term is less than one year does the code permit meaningful continuation of the board service: the code’s comments allow the judge to finish the term if the limited additional service will not interfere with the judge’s duties. In such a circumstance, in-house counsel will have to help the judge/board member assess whether finishing the remaining term of service comports with this standard.

A not-for-profit with a judge on its board will have a more challenging review of whether the judge should continue to serve. The rule forbids board service for organizations that regularly engage in proceedings that the judge ordinarily hears or will regularly appear in court as a party. The code’s commentary specifically mentions hospitals and banks as organizations that will often meet this standard and preclude judges from serving as board members. Other organizations with large holdings in intellectual or real property and plenty of employees—universities, for example—may also appear in court regularly enough to meet this standard.

If counsel and the judge/board member determine that the judge will stay on the non-profit’s board, both will have to pay more attention to conflicts of interest now that disqualification is mandatory for such conflicts. One of the leading cases interpreting the federal judicial disqualification statute’s mandatory disqualification regime—Liljeberg v. Health Services Acquisition, 486 U.S. 847 (1988)—arose from a judge who served as a trustee of a university presiding over the bench trial of a real estate dispute between the university and a third party.

Even organizations without a judge currently serving on their boards need to be aware of the new code’s provisions regarding disqualification. These provisions may affect a business’s position in litigation based on its charitable contributions to an organization with a judge serving as a board member or its political contributions to candidates for judicial office.

A Texas case from 2012 illustrates the potential for charitable giving to impact seemingly unrelated ongoing litigation. At the time, American Airlines and Sabre Holdings were engaged in extensive litigation and on the eve of trial in Texas state court. Sabre discovered that the presiding judge served on the board of a charity that worked with at-risk youths in Fort Worth and that American had made contributions to the charity. On Sabre’s motion, another judge ordered the presiding judge disqualified based on the appearance of impropriety that American’s charitable contributions created and reassigned the trial to another judge.

Given the new mandatory disqualification standard, this type of challenge is now more likely to succeed and more likely to be filed in Pennsylvania. In-house counsel need to be aware of their companies’ activities in the community in order to prevent such eleventh-hour revelations that might delay or disrupt ongoing litigation or draw disqualification motions requiring additional efforts.

Similarly, the new code mandates disqualification of judges where one of the litigants or counsel has made meaningful contributions to the judge’s campaign for office. The relationship between political contributions and judicial disqualification has remained in the spotlight since the Supreme Court’s 2009 decision in Caperton v. A.T. Massey Coal, 556 U.S. 868 (2009). There, a company planning to appeal a $50 million damages verdict spent $3 million on behalf of a candidate for the Supreme Court of Appeals of West Virginia, in addition to donating the statutory maximum to his campaign committee. The candidate won the election and, as a justice of the court, ultimately cast the deciding vote to reverse the $50 million verdict against the corporation. The U.S. Supreme Court later concluded that the justice’s participation in the case violated the due process clause of the Constitution.

But the new code sets a much lower standard for disqualification based on campaign contributions than the “extraordinary contributions” that the U.S. Supreme Court concluded triggered constitutional protections. That means that corporate counsel can expect greater scrutiny when their companies appear before judges to whom their companies, or their officers and directors, have contributed in appreciable amounts. Accordingly, as with charitable contributions, in-house counsel need to be aware of the political activities of their organizations, officers and directors in order to prevent disruption and delay in litigation and the expense of defending against disqualification motions.

The new Code of Judicial Conduct does a great deal to restrict potential conflicts of interest for judges and promote the fair administration of justice. But in-house counsel must know about and adapt to these changes, both to help their judicial board members stay within the new code’s boundaries and to make certain that their board members, charitable donations and political contributions do not adversely affect their interests in litigation.

Originally published in The Legal Intelligencer on January 22, 2014.

About The Author
Tagged with: Judge as Board Members, Judges, Judiciary, PA Judicial Code
Posted in The Bench