Home › Corporate Compliance › Criminal Convictions and Arrests – To Hire Or Not To Hire?

Criminal Convictions and Arrests – To Hire Or Not To Hire? 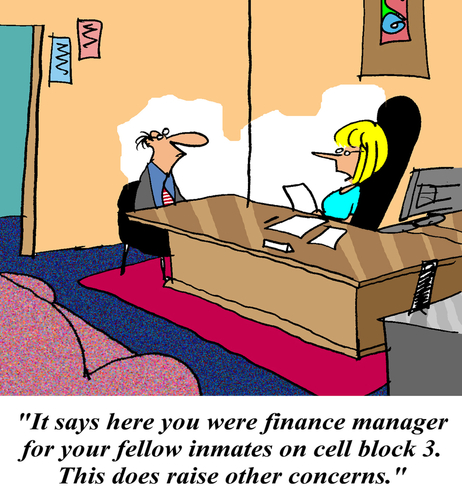 By Hayes Hunt and Jonathan Cavalier

On the subject of criminal background checks, employers are often caught between the proverbial rock and a hard place. On the one hand, use of criminal background checks can, and has, led to discrimination lawsuits in a variety of contexts. On the other, background checks can provide relevant information about candidates and can help the employer avoid a negligent hiring lawsuit. Both the Equal Employment Opportunity Commission and various courts have weighed in on this issue and the guidance they have provided is mixed. Damned if you do, damned if you don’t.

The Current Law on Background Checks

The EEOC has long taken the position that broad use of criminal background checks to screen applicants and policies prohibiting the hiring of applicants with a criminal record are likely to disparately impact minorities, and that employers causing such an impact violates Title VII. Notably, the EEOC does not prohibit, or even recommend against using, criminal background checks to screen applicants. Rather, the EEOC cautions against blind disqualification of an applicant based purely on the fact that the applicant has a criminal record.

In a recent enforcement guidance release titled, “Consideration of Arrest and Conviction Records in Employment Decisions Under Title VII of the Civil Rights Act of 1964,” the EEOC reiterated its position that certain uses of criminal background checks in making employment decisions can violate Title VII. Once again, the EEOC stated its position that disqualification of an applicant based purely on the existence of a criminal record is likely to discriminate against applicants based on race and national origin.

The EEOC is highly suspicious of employment decisions based purely on an arrest record. According to the EEOC, the “fact of an arrest does not establish that criminal conduct occurred, and an exclusion based on an arrest, in itself, is not job-related and consistent with business necessity.” After all, an arrest is merely a governmental act. A conviction, on the other hand, sufficiently establishes that the underlying conduct occurred. Nevertheless, the EEOC notes that there may be reasons for an employer not to rely on a conviction record alone in making hiring decisions.

According to the EEOC, an employer’s facially neutral policy that all individual applicants will be screened and that those with records of certain crimes is not enough, in and of itself, for the employer to establish a defense that the background screening policy is job-related and consistent with business necessity. Instead, the EEOC would require that the employer develop a “targeted screen considering at least the nature of the crime, the time elapsed and the nature of the job,” followed by an opportunity for the candidate to be individually assessed to determine if the exclusion of the individual candidate would be reasonable and necessary under the circumstances. In essence, the EEOC wants employers to consider each applicant individually before excluding a portion of applicants based on a criminal record.

Pennsylvania law on background checks in employment decisions is similar to the EEOC’s position. The use of background checks in hiring decisions in Pennsylvania is governed by 18 Pa. C.S. §9125, which expressly permits employers to consider felony and misdemeanor convictions of applicants in making hiring decisions. However, an applicant’s conviction may only be considered if the conviction relates to the applicant’s suitability for the specific job for which the applicant has applied. If the employer relies on a criminal conviction that is unrelated to the job, the act authorizes the applicant to sue and to recover actual damages, punitive damages and attorney fees. Finally, if an employer relies on a criminal conviction, in whole or in part, in choosing not to hire an applicant, the employer must notify the applicant in writing of that decision.

In Philadelphia, the mayor recently signed the “Fair Criminal Records Screening Standards” ordinance, which was affectionately dubbed “Ban the Box,” and which has the effect of limiting the ability of a Philadelphia employer from considering criminal records at an early stage in the interviewing process. In essence, the employer may not inquire about an applicant’s criminal record during the application process and bans the use of criminal background checks during the same period. From a practical perspective, “Ban the Box” prohibits the use of questions regarding criminal backgrounds and the use of background screening until after the applicant has had an initial interview.

Published in The Legal Intelligencer  on August 8, 2012.