Home › Litigation › What Judges are Doing with Predictive Coding

What Judges are Doing with Predictive Coding

By:  Hayes Hunt and Jillian Thornton

The difficulty with implementing processes such as predictive coding is that the technology is so new that these methods are fairly untested in court. However, the first wave of cases discussing the propriety of predictive coding has illustrated that it is indeed going to be accepted as an appropriate discovery tool. Earlier this year, in a landmark decision, U.S. Magistrate Judge Andrew J. Peck for the Southern District of New York authorized the use of predictive coding in Da Silva Moore v. Publicis Groupe, No. 11-CV-1279, 2012 U.S. Dist. LEXIS 23350 (S.D.N.Y. Feb. 24, 2012). Peck summarized his position, stating: “What the bar should take away from this opinion is that computer-assisted review is an available tool and should be seriously considered for use in large-data-volume cases where it may save the producing party (or both parties) significant amounts of legal fees in document review.” The district court ultimately adopted Peck’s evidentiary rulings in Da Silva Moore v. Publicis Groupe, No. 11-CV-1279, 2012 U.S. Dist. LEXIS 58742 (S.D.N.Y. Apr. 26, 2012). In his opinion, Peck was careful to point out that the plaintiffs consented to the defendant’s use of predictive coding and the discovery dispute merely concerned the implementation of its use. Thus, lawyers were left to wonder what would happen if the parties did not agree to the use of predictive coding.

The same week that Peck’s ruling was affirmed, a state court judge in Virginia approved the use of predictive coding in a case over the objections of the opposing party. In Global Aerospace v. Landow Aviation, No. CL 61040 (Vir. Cir. Ct. Apr. 23, 2012), 20th Judicial Circuit Judge James Chamblin ordered that defendants could use predictive coding, despite the plaintiff’s objections that the technology was not as effective as manual review. Chamblin disagreed and ordered the predictive coding for the production of the defendant’s ESI, provided that the receiving party would still have an opportunity to question the completeness of the contents of the production or the ongoing use of predictive coding. This opinion, although limited in its direct impact in other litigation, along with Peck’s decision in Da Silva Moore, indicates willingness by the judiciary to incorporate predictive coding into e-discovery. 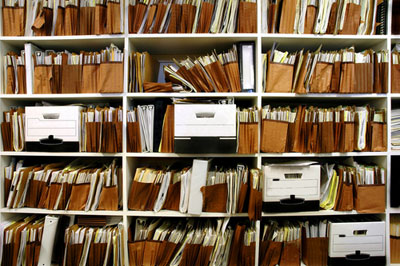 Predictive coding and other automated methods of e-discovery obviously have limitations. Peck, in Da Silva Moore, emphasized that his approval of predictive coding was not universal: he did not order the use of predictive coding, he stated that computer-assisted review is not required in all cases, and that he did not endorse any particular vendor or predictive coding tool. In addition, it is the responsibility of the lawyers to understand the predictive coding program and how it works so that they can demonstrate the method’s reasonableness if it is called into question. Just as with the traditional e-discovery tool of keyword searching, lawyers must engage in careful planning and sufficient quality control to ensure the accuracy of the program. Finally, lawyers should cooperate with opposing counsel and be transparent in their use and the scope of predictive coding in order to avoid unnecessary discovery disputes.

Published in The Legal Intelligencer on June 27, 2012