Will, Kate and Royal Prenuptials 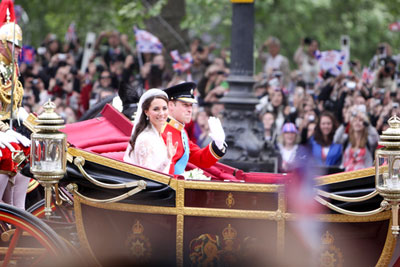 We all sat transfixed last week as Will and Kate finally tied the knot.  The pageantry and revelry accompanying their wedding was a fairy tale brought to life.  But, what went on between the couple in those weeks leading up to the big event?

Did Will force Kate to sign a prenuptial agreement (even though in the UK they are not usually held to the same standard of enforceability as here in the US)?  Did she have to agree that if she failed to produce an heir to the throne, that she would walk away from the marriage penniless?  Did each party have to disclose all of their assets prior to their betrothal?  Was there a weight clause in the agreement, such that if Kate increases a few dress sizes, she would be banished from the kingdom?

Here in the United States, prenuptial agreements are usually enforceable if both parties sign them freely and willingly, without any duress or coercion, and both parties disclose their respective assets and debts up front.  Prenuptial agreements are not just for those who have been married before or who expect to inherit a large fortune.  Every couple could benefit from such  an agreement.  Not only does the contract protect respective assets (more important now than ever given that people are marrying later in life), but the more important issue is that it forces folks to discuss issues such as money, children and respective financial responsibilities in the marriage before it even happens.

A prenuptial agreement requires that the parties each disclose whatever assets and debt that are in their possession prior to getting married.  Thus, the parties enter into the marriage with eyes wide open from a financial perspective.  It also can require parties to think about what will happen to the assets that they acquire during the marriage in the event of a divorce.  Will they keep their assets separate or join them together?  What about any business that a party owns prior to marriage – will that become part of the marital estate?  Will the income derived from employment be used to pay alimony?  A prenuptial agreement even requires people to think about what will happen in the event of death.

Since lack of communication is often the primary reason that marriages end, starting the dialogue even before the marriage begins helps to provide some assurance that the marriage will survive the ups and downs of life.

A prenuptial agreement, however, does not protect a party from every issue that can occur during the course of a marriage and does not govern all behaviors.  For example, prenuptial agreements are not used to determine issues of child custody and/or child support, especially for children who are yet unborn.  While parties sometimes try to govern conduct that could occur during a marriage, it is truly questionable whether weight clauses, sexual activity clauses and the like are truly enforceable in a prenuptial agreement.  After all, how will a judge know if you did not have sex once a week?  Or if your spouse is ten pounds above their wedding day weight.  One thing that these additional clauses do provide is insight into your future spouse’s train of thought.  For example, if your spouse is so concerned about you gaining weight, perhaps you should think twice about marrying that person.

As for Will and Kate, let’s hope their marriage has the same fairy tale ending as the beginning and that they will live happily ever after.  The rest of us, can always use an insurance policy and should seriously consider the benefits of entering a prenuptial agreement before saying “I do.”

Jennifer A. Brandt is a Partner of Cozen O’Connor’s Family Law Practice Group.